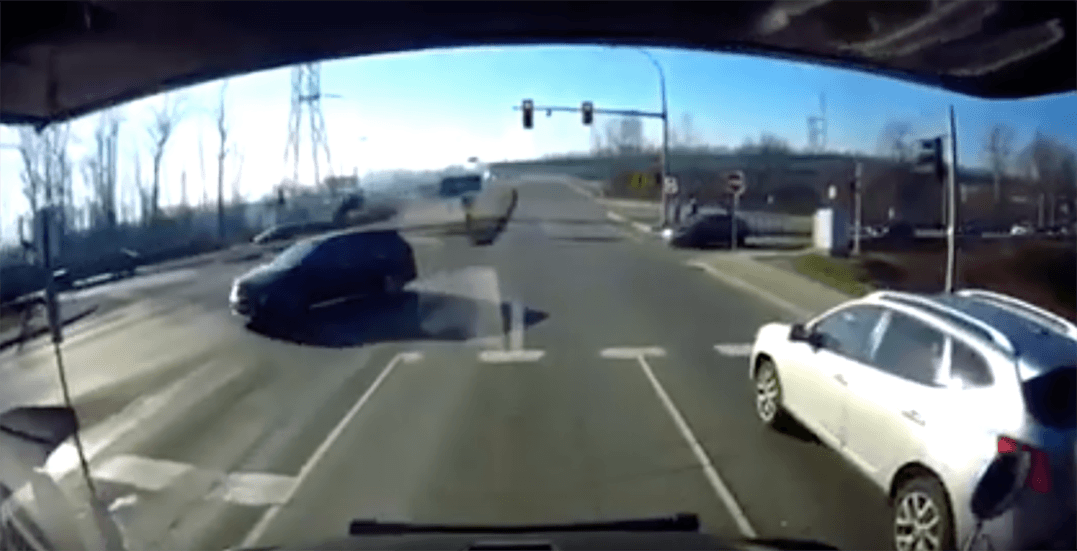 Sent in from a Daily Hive Reader

A 74-year-old woman suffered non-life-threatening in a frightening accident that saw a vehicle speed through an intersection and launch off an off-ramp before flipping.

A driver’s dashcam managed to capture the entire incident.

It happened Monday, January 14 at approximately 1 pm at the Brunette Highway off-ramp in Coquitlam.

The video, sent in by a Daily Hive reader, shows a car speeding towards the intersection. The vehicle skips when it hits the median, hitting the road and flipping over the other side of the off-ramp.

The driver of the vehicle that recorded the footage, as well as several bystanders, rush to the other side of the ramp, and the footage cuts off shortly after that.

Constable John Graham reports that the Coquitlam RCMP and Coquitlam Fire & Rescue both attended the scene.

Fire and Rescue members were able to remove the senior driver, who was the sole occupant of the vehicle.

She was sent to the hospital and fortunately, only suffered non-life threatening injuries.

RCMP are still unsure of how fast the driver was going, although there is no indication that drugs, alcohol, or road conditions were contributing factors.