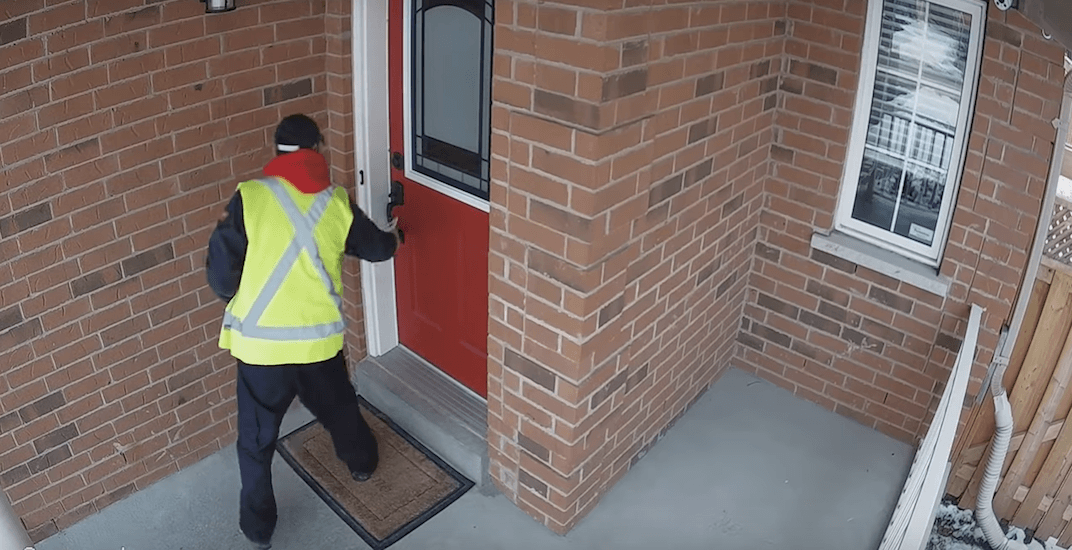 A video showing a Canada Post worker not delivering a package when a resident is home is causing quite the stir online.

The video, which was posted on YouTube on Monday afternoon, shows a Canada Post delivery vehicle pull up in front of a residential home.

After about a minute, the worker emerges from the vehicle with a delivery slip in hand, but no package.

Surveillance footage shows the worker making his way up to the home, where he immediately leaves the delivery slip on the doorknob, without even attempting to see if the resident was home.

As the worker gets back inside the vehicle, you can hear a woman call out “hello” and adding “you didn’t even knock on the door.”

The worker then returns with the package, and offers the woman an apology, saying, “sorry about that, usually there’s nobody home.”

Following the incident, which has already been viewed over 11,000 times in just a day, a spokesperson for Canada Post told Daily Hive the postal service is currently  “attempting to determine the address.”

“While the parcel was delivered, delivery should have been attempted on the first visit to the door.”