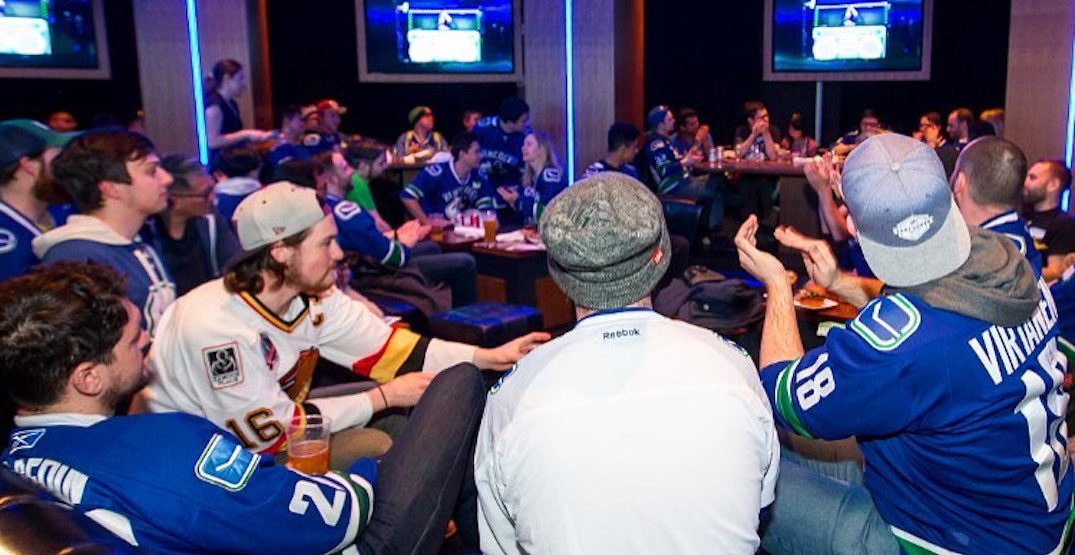 The Sportsbar LIVE at Rogers Arena/Instagram

It looks like fans will be able to watch Canucks games at Rogers Arena after all.

The Sportsbar, which is located inside the home of the Vancouver Canucks but also has separate street entrance, has announced it will reopen later this month.

Fans will be welcomed back to the Canucks-owned restaurant on Wednesday, July 29, at 6:30 pm, one hour prior to the Canucks’ exhibition game against the Winnipeg Jets. It’ll be open for all Canucks postseason games as well, beginning with Game 1 of their best-of-five Stanley Cup qualifying series against the Minnesota Wild on August 2 at 7:30 pm.

Doors open one hour prior to puck drop for each Canucks game, including Game 2 on August 4 and Game 3 on August 6, and hopefully many more games if the team goes on a long playoff run.

The restaurant is promising to provide an exciting atmosphere in a safe environment, complete with an in-house DJ, nightly prizes, and appearances from Canucks alumni and team mascot, Fin.

“The safety and comfort of our guests and staff is our top priority,” the Sportsbar said in a media release. “All mandated safety measures including a modified seating arrangement and a 50-person private suite will be in place to successfully reopen our doors.”

Fans are encouraged to make a reservation to secure a spot each game by visiting TheSportsbar.ca.