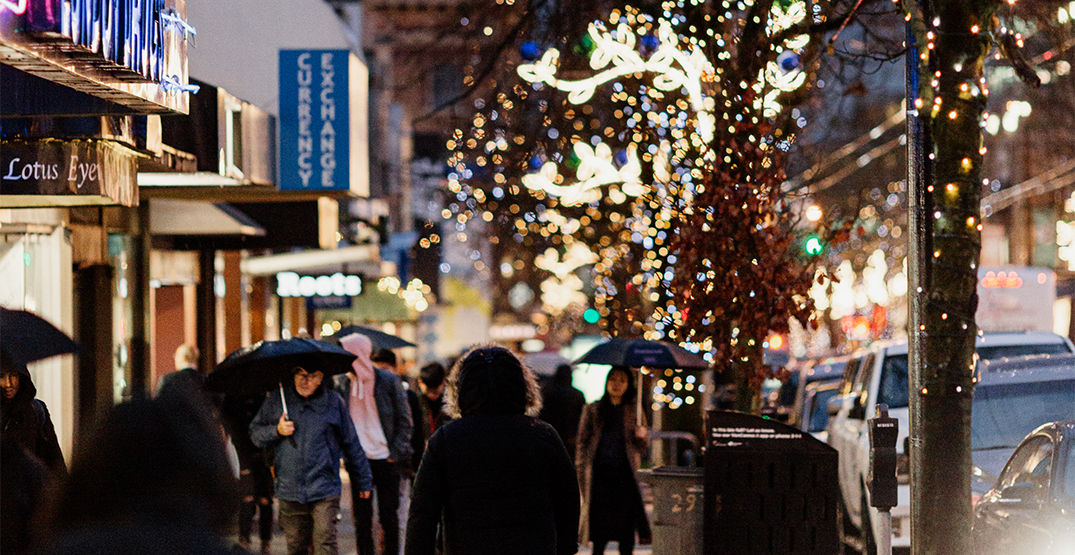 It’s the day after Halloween, and Robson Street in downtown Vancouver is already strung up with lights to welcome the holiday season.

The Robson Street Christmas display usually goes up in the second or third week of November, but it was installed early last year to spread cheer during the pandemic — and will be this year too.

“We decided to bump them given the circumstances with COVID-19 and inject some much-needed joy and festivity into the neighbourhood,” Robson Street Business Association executive director Teri Smith said. 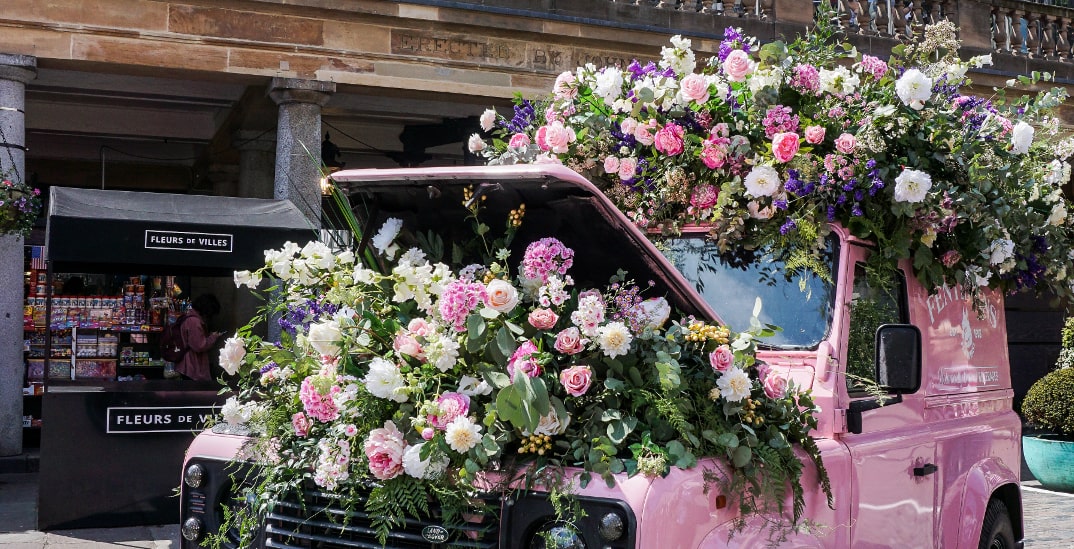 COVID-19 restrictions put a damper on in-person holiday shopping last year, although Robson Street still had a decent December in terms of food traffic, according to Smith. This year, the area is in a much better position, with more pedestrians already visiting the street than before the pandemic.

“I suspect this holiday season will be much better,” she said. “November is going to start to feel much more celebratory and festive.”

But one thorn that Robson businesses are dealing with is vandalism. Daily Hive Urbanized spotted two broken windows that had been boarded up at Milksha and and Saatchi & Saatchi on October 23.

Broken windows are a problem that many downtown businesses are dealing with, from Gastown to the West End. Last month, the Vancouver Police Department reported that three windows were smashed in five minutes on Davie Street.

“It’s really frustrating from a business perspective. They’re dealing with so many challenges with COVID-19, hiring challenges, dealing with property crime is an additional burden,” Smith said.

But with the holiday retail season kicking off with fewer public health restrictions this year, things for Robson businesses could be looking up.

Smith added that lights on the Robson trees are usually illuminated year round, but some lights have gone out lately as unhealthy trees are replaced with younger ones.

The holiday displays on Robson Street are visible between Burrard and Jervis Streets.

“We’re just excited for a festive season, and I hope people will come down and enjoy the event.”