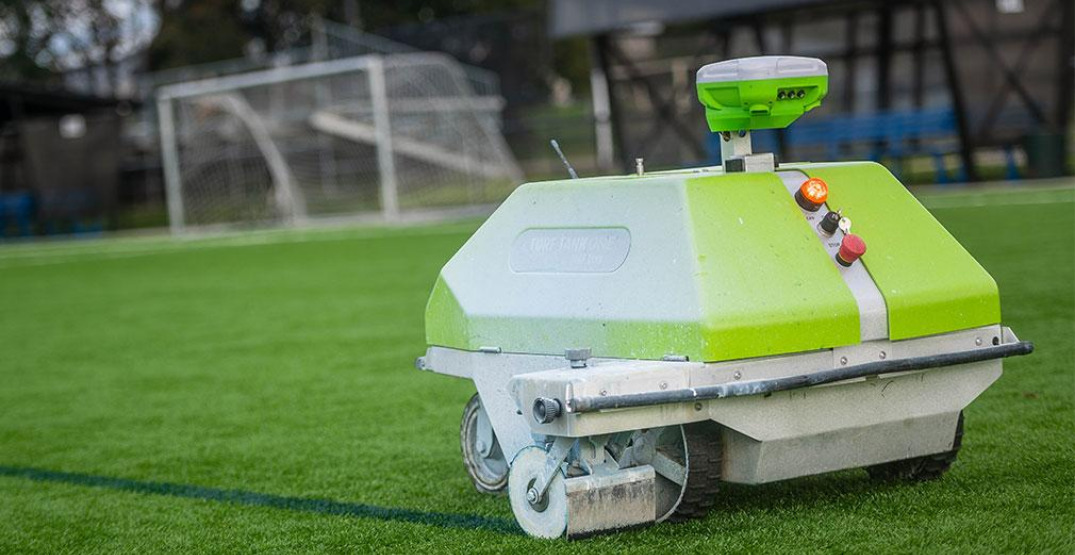 UBC has an adorable new staff member, who might remind you of Wall-E or maybe even a green photocopier.

Wall-E and Robby actually similar in that they both serve a specific function, but the new UBC recruit might be slightly more advanced in some ways.

Robby is the only robot of its kind in Canada. Its specific function is painting lines on fields and the robot is being used by professional sports teams across the city.

UBC Athletics is proud to share Robby’s story with the world.

Universities in the United States are using technology similar to Robby, but UBC is quick to point out that Robby is the first of its kind in Canada. 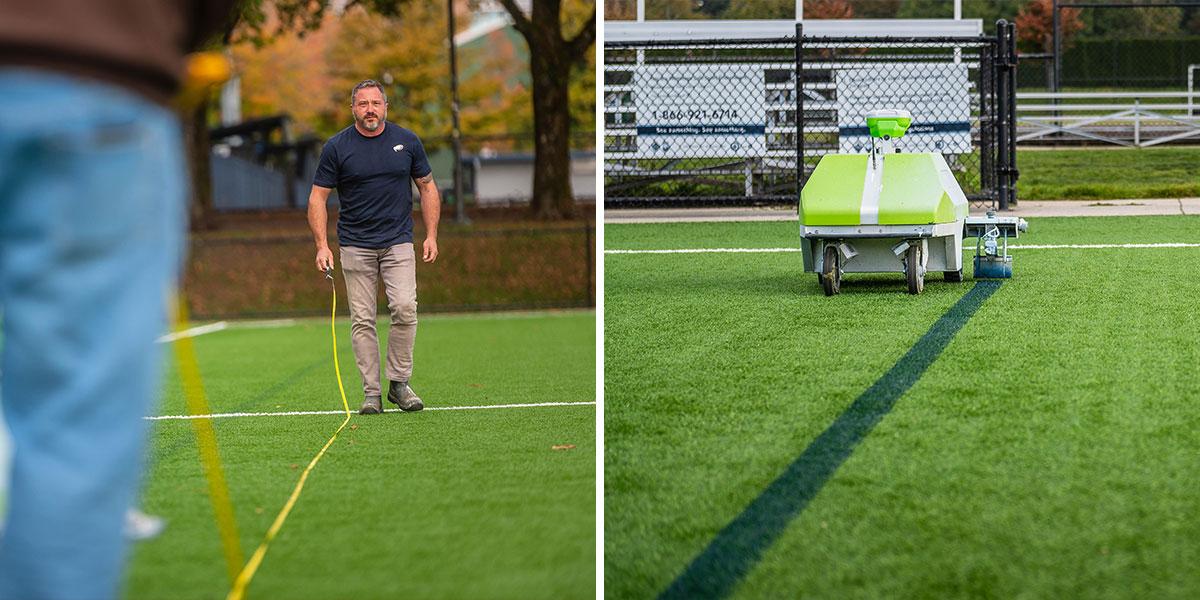 Then, and now. Robby is the future. (UBC Athletics)

Robby was created due to the demands of providing the best playing conditions for athletes. 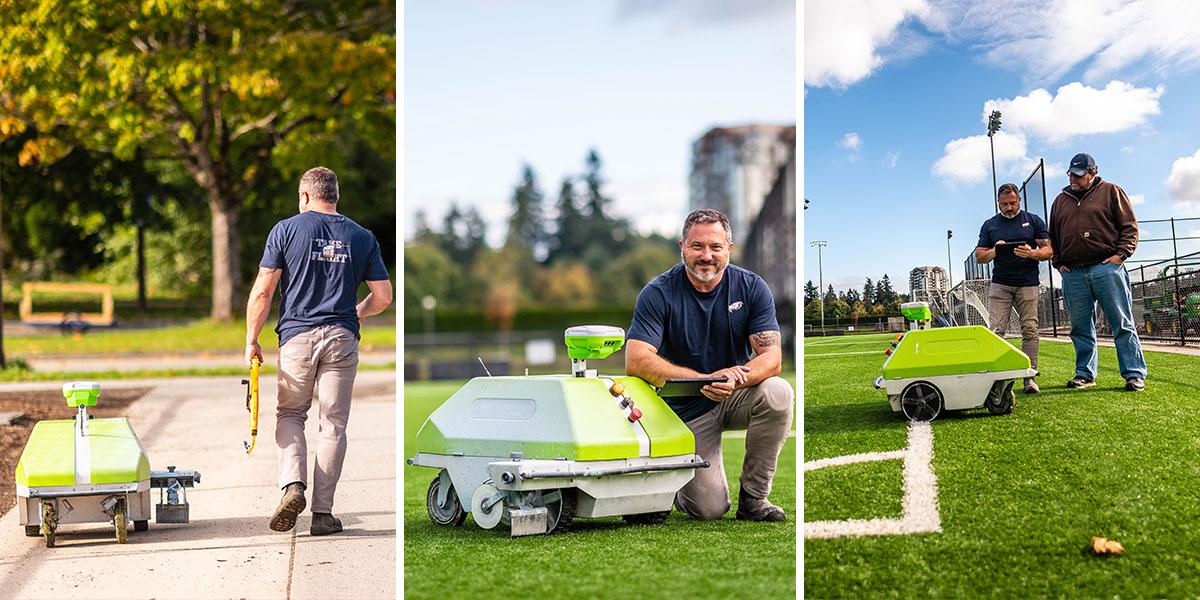 Gary Bartley is the head groundskeeper for UBC Athletics and Recreation. He’s been in the ‘biz for over 20 years, and he says he has the “closest relationship” with this robot.

“There are days when we don’t get along, mostly because he glitches and doesn’t connect to the satellite transmitter or loses Wi-Fi connection, but I’ll still take him on his bad days.” 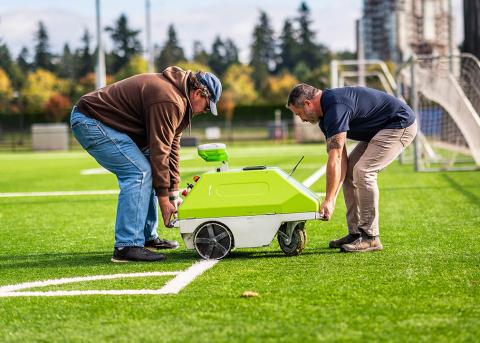 Why Robby is so important

“When one of our clients, the Vancouver Whitecaps, shared experiences of playing abroad on fields that were painted by robots, we wanted to find out more,” said Bartley.

Before the advantages of Robby the robot, things were quite a bit more difficult.

UBC Athletics says it could take an entire day to paint a soccer field, with several people taking measurements, setting up lines with string, and pushing a manual line painting machine.

“We initiated a conversation with the Turf Tank distributor in the United States, and borrowed a machine to test paint fields on the Vancouver campus. We were impressed with the results and decided to purchase one for UBC, naming it after the legendary Robby the robot,” Bartley adds.

The technology powering Robby makes all of that completely irrelevant.

According to UBC Athletics, “On a clear day, Robby can paint with an accuracy of +/- 0.3, mapping a field and painting lines autonomously. It works seven times faster than traditional line marking, while using substantially less paint.”

Robby can be programmed to paint 45 different field types, with customized logos, numbers, the works. 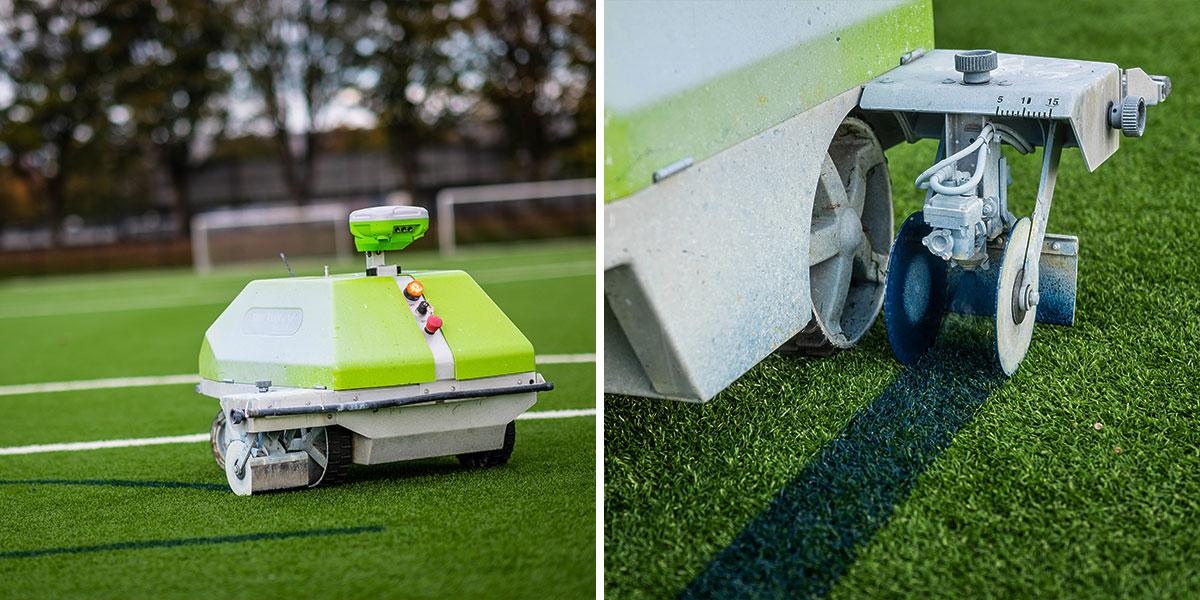 The most important part will be taking care of Robby. Though, who could neglect such a cute robot?

The challenge with Robby is making sure he’s well maintained,” Bartley says.

“If you keep him ‘healthy,’ he’ll perform to the best of his capabilities – same as any other employee.”