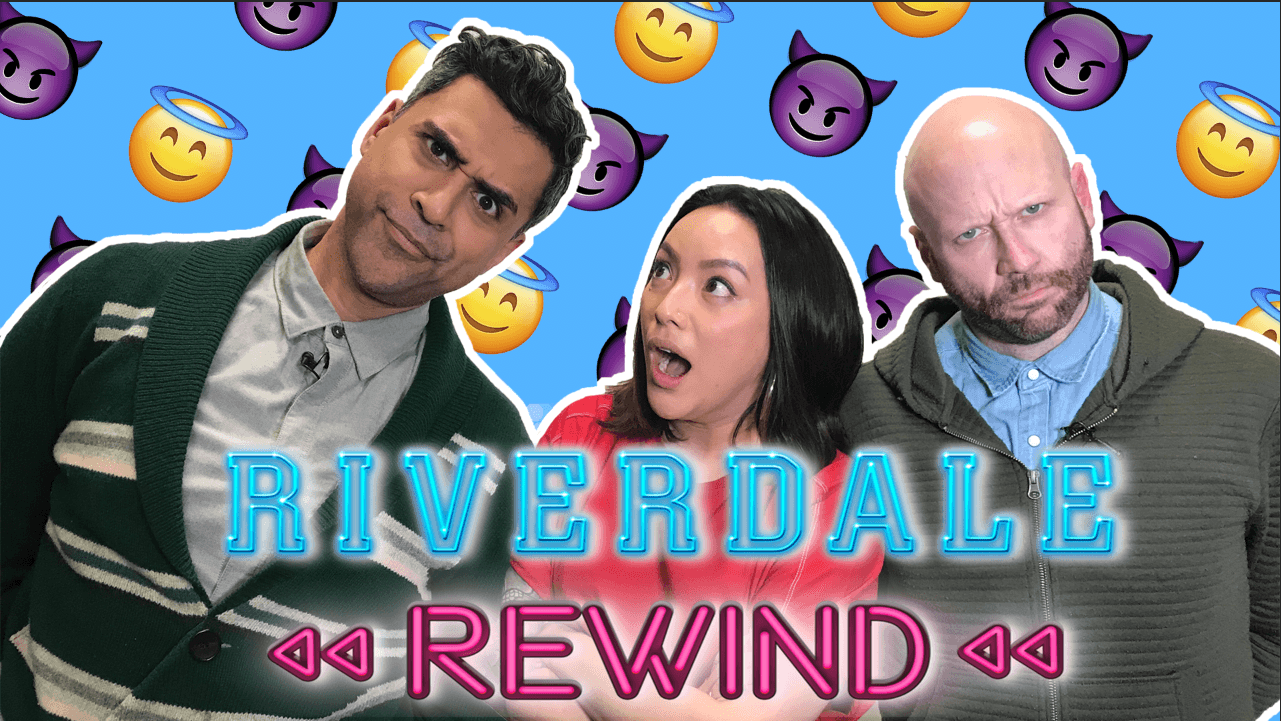 This week’s episode of Riverdale was almost a bit too… Riverdale. Did that make sense? No? Neither does this show.

Riverdale Rewind hosts Zain and Rosa, with guest panelist Ryan Egan, returned to discuss the main storylines of ‘The Wicked and The Divine’, and try to figure out what even happened in this week’s episode!

This week, we discuss:

Archie and the Lodges 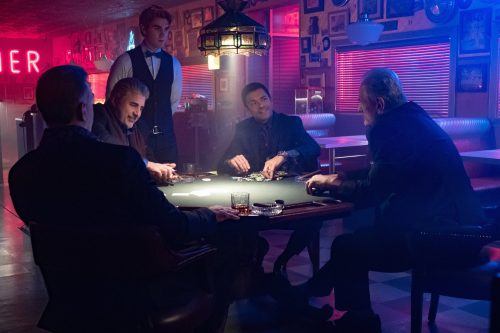 Poor Archie Andrews is working his buns off at his “unpaid internship” for Daddy Lodge – running errands all over town and waiting on party guests. While unclogging a toilet (ugh), he overhears Papa Poutine and [insert generic mobster name here] scheming against Hiram. 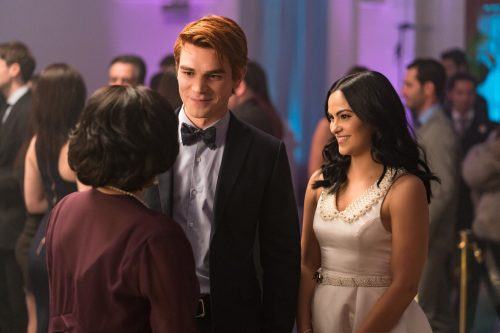 In the midst of this madness, Archie’s beloved is preparing for her confirmation. Major “Like a Virgin” vibes going on here. Perhaps the most concerning thing, for Zain anyway, was the number of candles surrounding Veronica’s confessional booth. But as Ryan points out, “there’s a lot of people [in Riverdale] to pray for!”

(That’s for damn sure. For reference, please see episodes 1 through 13 of last season.)

Jughead and the Serpents 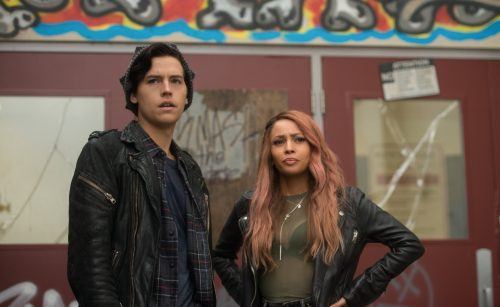 Juggie, Juggie, Juggie. What have you gotten yourself into now? First it was a fashion riot, then the misrepresentation of Toni’s grandfather, and now he’s about to pay for what he did to everyone’s favourite blonde villain.

Penny Peabody is back with a vengeance! Turns out she’s still mad about her tattoo removal procedure, and wants revenge on Jughead… or more specifically his tattoo. Sounds like a recipe for tetanus.

Meanwhile, Tall Boy has resurfaced and is on Penny’s side – let her back in to delay the Serpents’ eviction and strip Jughead of his jacket and Serpent affiliation. Sit down Tall Boy – you aren’t even that tall! You’re more like… Long Hair Goatee Face. Put that on a jacket.

Betty and the Coopers 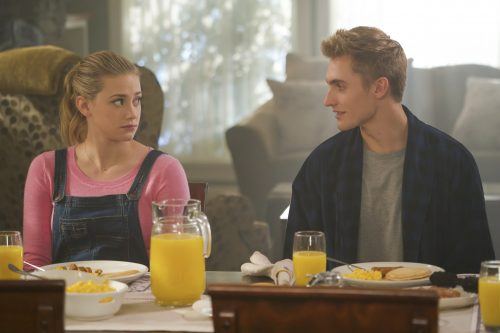 Also making an appearance this episode: Dark Betty. Clad in her signature bob and PG-rated lingerie, Betty’s alter-ego returned for some anonymous webcam chats. I guess it runs in the family?

Speaking of Chic, the long-lost Cooper had a mysterious meeting with a certain someone who was last seen leaving a music teacher’s house… Ben sure keeps strange company.

While Betty was patching things up with Jughead (doing homework, playing backgammon, doing… other “stuff”), Mama Cooper was busy making a real big mess on the kitchen floor. Hal is never around for the fun stuff! It looks like we’ll get some answers next week… but it looks like Alice is up to her floral-gloved elbows in trouble.