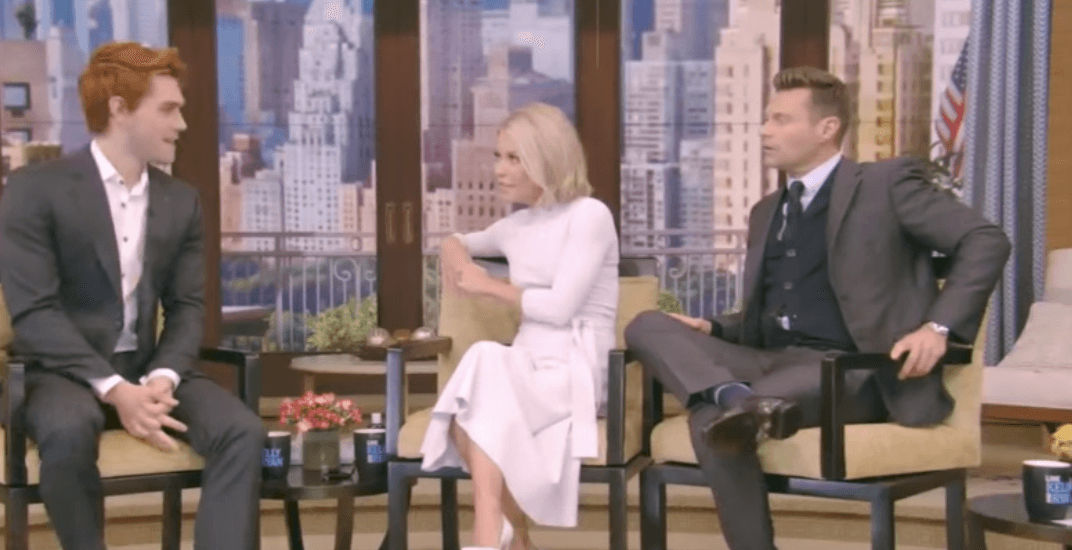 Archie aka KJ Apa from the hit series Riverdale had some pretty interesting things to say about Vancouver in an interview today.

Apa appeared on LIVE with Kelly and Ryan this morning to promote the show’s second season, which premieres tonight.

When asked about filming in Vancouver, Apa didn’t seem too excited.

“When you’re there for a really long time, it can get kind of boring. The city is not the biggest in the world. Everything kind of shuts early as well,” said the 20-year-old redhead.

In contrast, Kelly Ripa, co-host of LIVE, seemed to have a blast when she visited Vancouver in summer.

She came to town with her husband Mark Consuelos, who will appear in the second season as Hiram, the father of Veronica Lodge.

“It seems like a very great lifestyle there, I have to say, like, the food is good,” said Ripa.

At least Vancouver has one saving grace.

It’s no secret that Vancouver is known as the ‘No Fun City,’ but maybe  Apa has to give Vancouver’s beautiful outdoors a try? Or if he’s more of a nightlife guy he could pay a visit to Drai’s or the new Parq Vancouver casino resort? Or give Pierre’s Champagne lounge a go –Justin Bieber got his nose pierced there once.

Come on KJ, give us a chance.

Season two of Riverdale premieres tonight on the CW at 8 pm PST, and be sure to catch Daily Hive’s live Riverdale aftershow on Facebook at 9 pm.

Join us live at Daily Hive as we recap the season 2 premier of Riverdale in the most ridiculous way possible 🙌 We’ll see you October 11 at 9pm! RSVP in our link in bio. #dailyhivevan