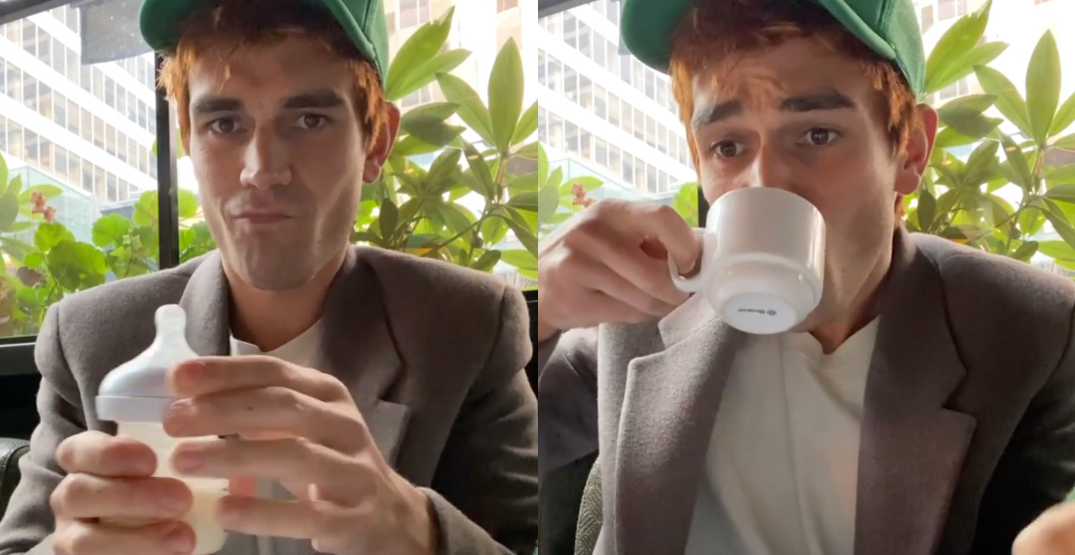 Every coffee drinker has their own unique way of preparing their morning brew. For me, I like to put a pinch of salt in my french press and add some non-dairy creamer to get me going.

For the cast of Riverdale, it seems like they’re preparing their coffee in an interesting way.

For example, KJ Apa, who plays Archie in the series, doesn’t appear to take his coffee black.

In a video posted to the actor’s page, he seems to pour in a splash of his girlfriend’s breast milk into his cup of coffee.

“My wife is a milk machine and I love it,” the post is captioned.

Maybe the couple could get Vancouver-made breast milk jewellery as a special keepsake?

Apa’s co-star Vanessa Morgan, who is a mother to her son River, commented on the post “Ahaha yessss i told you!” She reposted the video to her Instagram stories, saying that she offers her friends her milk for their teas.

Hayley Law, a Canadian Riverdale actor playing Valerie Brown, commented “Love this so much.” Fellow Canadian Lochlyn Munro, who plays Hal Cooper in the show, dropped a fire emoji on the post.

So if you happen to catch a Riverdale cast member getting coffee in Vancouver while filming, ask them how they take theirs because you might be surprised.