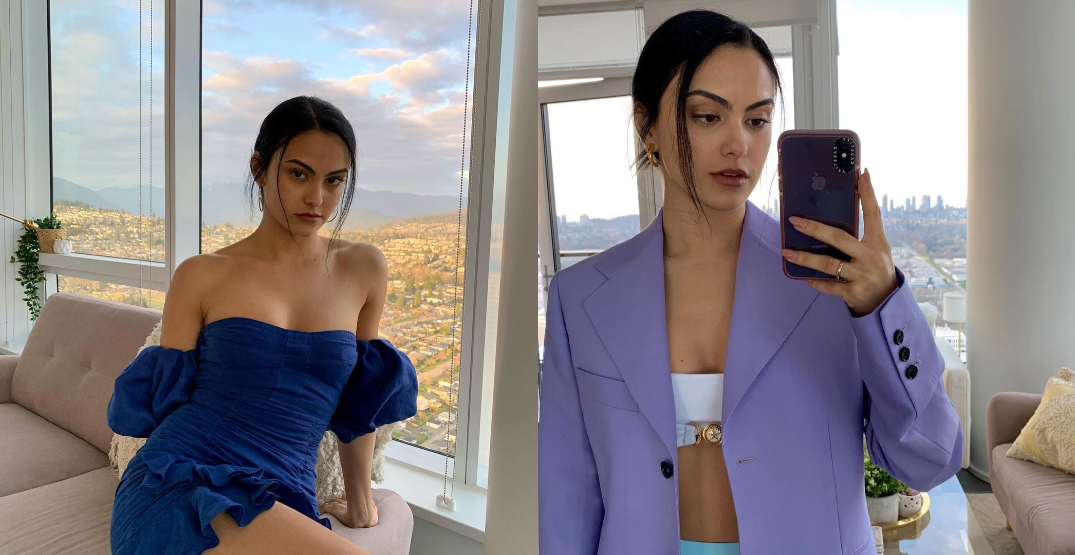 While the Riverdale actors call Metro Vancouver home to film their show, they also love to show their adopted hometowns some love every now and then.

Camila Mendes, who plays Veronica Lodge in the series, just minted a new slang term that we’re probably going to use.

In an Instagram post from Saturday, September 18, the actress posted a snap from a sofa with the caption “where my burnabaddies at!!” for her 26.6 million followers.

Her Riverdale co-star Madelaine Petsch, who plays Cheryl Blossom, commented on the post asking to learn more. “I just need to know why you were dressed this hot in burnaby, what’s the story here,” she wrote.

Many commenters were concerned that the actress was dressed so finely to hang out in Burnaby.

“Did she wear that on the Skytrain to Burnaby? So many questions!” wrote one Instagram user.

The CW show is in production of its sixth season right now, and filming primarily takes place around Metro Vancouver, so keep your eyes peeled for any burnabaddies like Camila Mendes out and about.