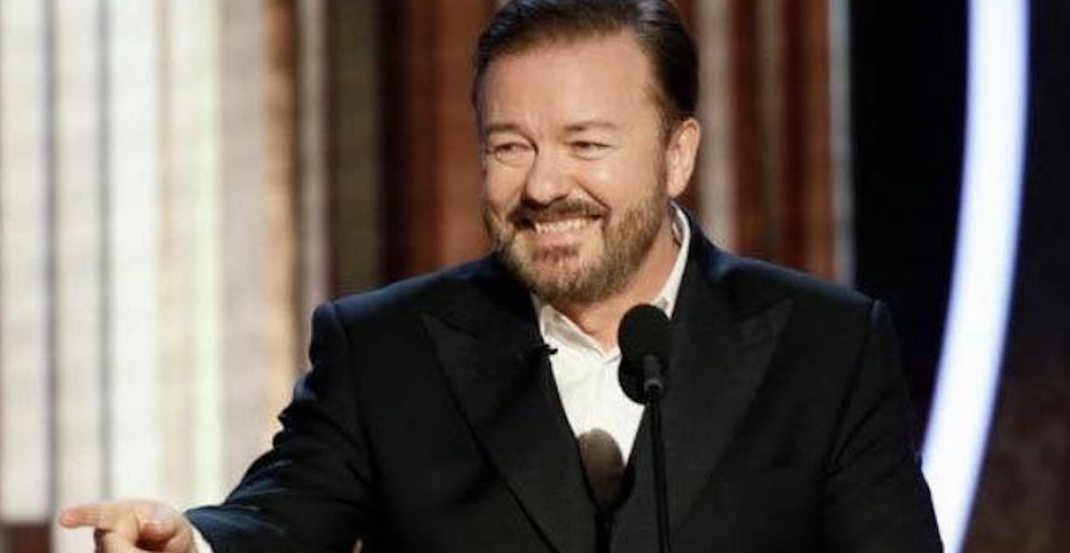 Earlier this week, English stand-up comedian, writer, film producer, and director Ricky Gervais gave a huge shoutout to Vancouver’s Parallel 49 Brewing, and now it looks like they’ve joined forces for a great cause.

On Tuesday, Gervais announced on Twitter that his favourite brand of beer or lager is Parallel 49 Brewing’s very own Gypsy Tears (now Ruby Tears), a Northwest Red Ale, and went as far as to say that he thought it was the best beer he’d ever tasted.

So Ruby Tears is the best beer that @rickygervais has ever tasted. NO BIGGIE..! https://t.co/1iWBekZdXW

The brewery responded to the five-time Golden Globes host with an offer to donate 25 cents per pint of Ruby Tears and $1 from the sale of each six-pack BC-wide to an animal charity of his choice.

We would like to donate 25 cents per pint of Ruby Tears and $1 from the sale of each six-pack province-wide to an animal charity of his choosing.

We look forward to hearing from you, @rickygervais !

“We look forward to hearing from you Ricky,” wrote Parallel 49 on Twitter.

It didn’t take long for Gervais to respond, requesting the funds be donated to the Happily Ever Esther Farm Sanctuary located in Campbellville, Ontario.

@rickygervais choice is in! https://t.co/cNajGwzgaB

The farm is both named after and home to Esther the Wonder Pig.

On its website, the sanctuary says it’s “dedicated to rescuing abused, neglected and abandoned farm animals.”

Now you’ll be able to drink Gervais’ beer while supporting an amazing cause.

The comedian will soon be back to the city to enjoy his favourite brew, as he has two upcoming performances at Vancouver’s Queen Elizabeth Theatre in August.