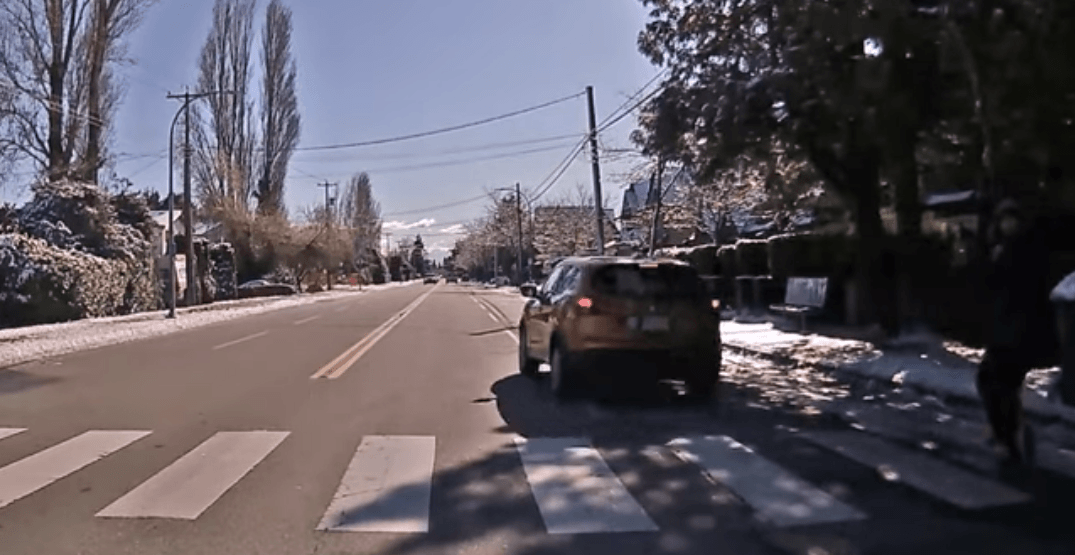 It was a close call in Richmond this past weekend, and it was captured on video.

The 31-second video was captured and posted to YouTube by awilsor3, whose vehicle can be seen slowing down at a crosswalk for a pedestrian “in the shadows” who is about to cross the street.

All of a sudden, “the SUV behind us swerved around nearly hitting the pedestrian who had just started to cross.”

The pedestrian can be seen quickly jumping back on to the curb as the offending car – which is also sporting an “N,” or Novice Driver tag – cruises through the crosswalk without so much as a tap on the brakes.

The pedestrian who seem physically unhurt, but like shaken by the incident, then double checks both directions and as oncoming cars slow down makes his way across the street.

This latest video comes in the wake of another recent driving video out of Richmond, which showed cars running multiple red lights in the city.

The drivers of those cars turned out to be undercover cops.

But with an “N” on the back of the vehicle and such an apparent disregard for pedestrian safety, it doesn’t look like that’s the case for the driver here.