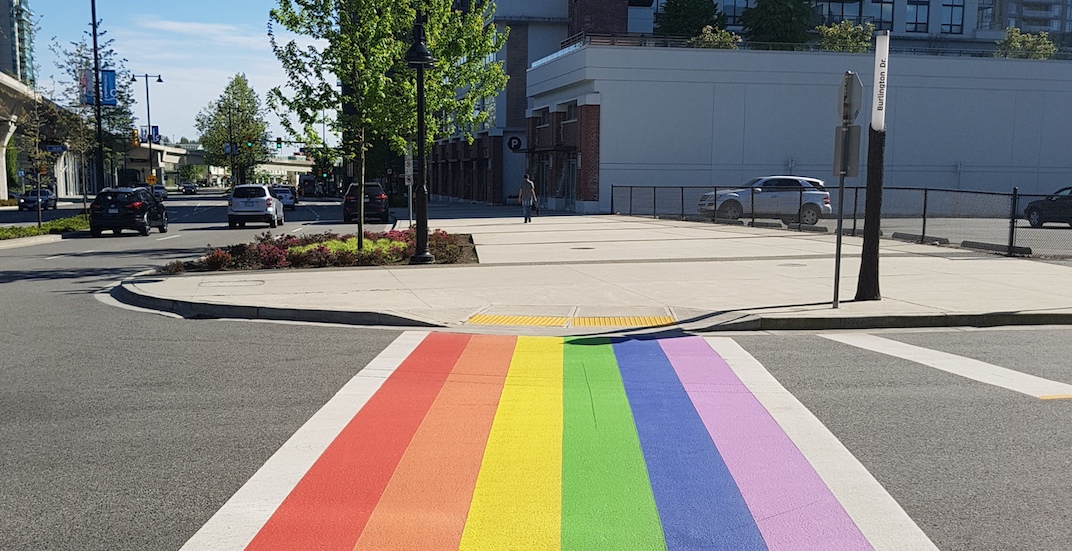 Another municipality in Metro Vancouver will soon have its own rainbow crosswalk to acknowledge and celebrate the LGBTQ community.

The location was chosen because of its high pedestrian traffic, and it will replace the existing crosswalk in the area. It will also complement the rainbow-painted stairs at the main entrance of the RLCC.

Location of the LGBTQ rainbow crosswalk in Richmond. (Google Maps)

“The city values diversity in the community as one of its fundamental strengths and understands that the work of creating a fully inclusive society is ongoing and there is a need to expand people’s ideas about gender and sexual expression,” reads a city staff report.

The new functional public art installation is expected to cost $15,000, and it will be made ready by July 29, 2019, to coincide with Pride Week.