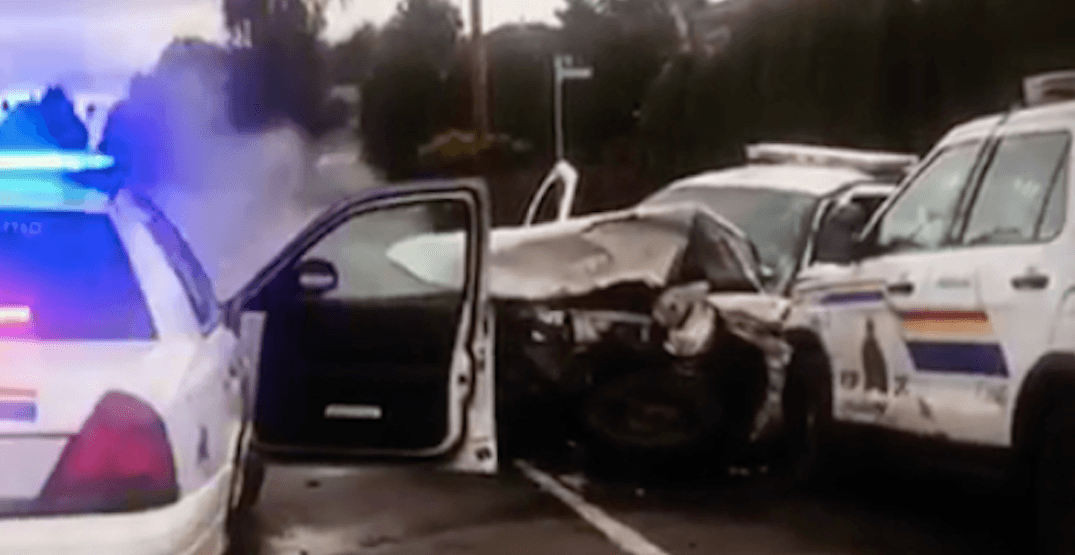 A men who fled a hospital in Richmond, and allegedly stole a police cruiser before colliding with three vehicles on Monday, has now been charged, police announced.

According to BC RCMP, 40-year-old Abbotsford resident Mummad Farid appeared in a Richmond Provincial court on Wednesday morning to answer to one charge each of dangerous operation of a motor vehicle causing bodily harm and flight from a peace officer.

The driver of the second civilian vehicle, a woman, was transported to a local area hospital with what are believed to be serious but non-life threatening injuries.

One RCMP officer was injured and is being treated for what are believed to be minor injuries.

The woman who was injured in the collision remains in hospital and is expected to recover from her serious but non-life threatening injuries.

The IIO BC said it is now investigating to determine whether police actions or inactions are linked to the woman’s injuries, and said no further information will be released by police.

“Given that this matter remains the subject of independent investigation by the IIO BC, we are not in a position to provide any further information,” said BC RCMP Sgt. Janelle Shoihet.

However, she stated, police “felt it was important to provide an update with respect to the status of the RCMP investigation.”

Farid was scheduled to appear in court again today.