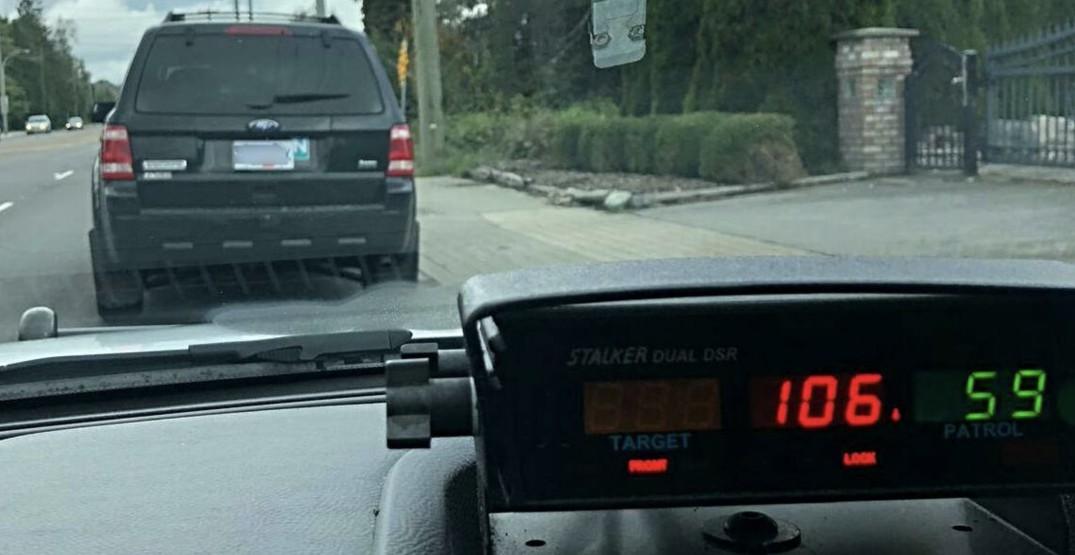 A Richmond driver was in a rush to get pizza and it ended badly.

According to Richmond RCMP, the driver was going over double the speed limit the limit in a 50 km/h zone.

In a tweet, Richmond RCMP said the “N” driver was going 106 km/h by No. 5 Road and Granville Avenue.

The tweet also suggested that the driver was speeding because they wanted to get pizza. Looks like this offender will be walking to the nearest pizza shop because police served them with a seven-day impoundment at a $368 fine.