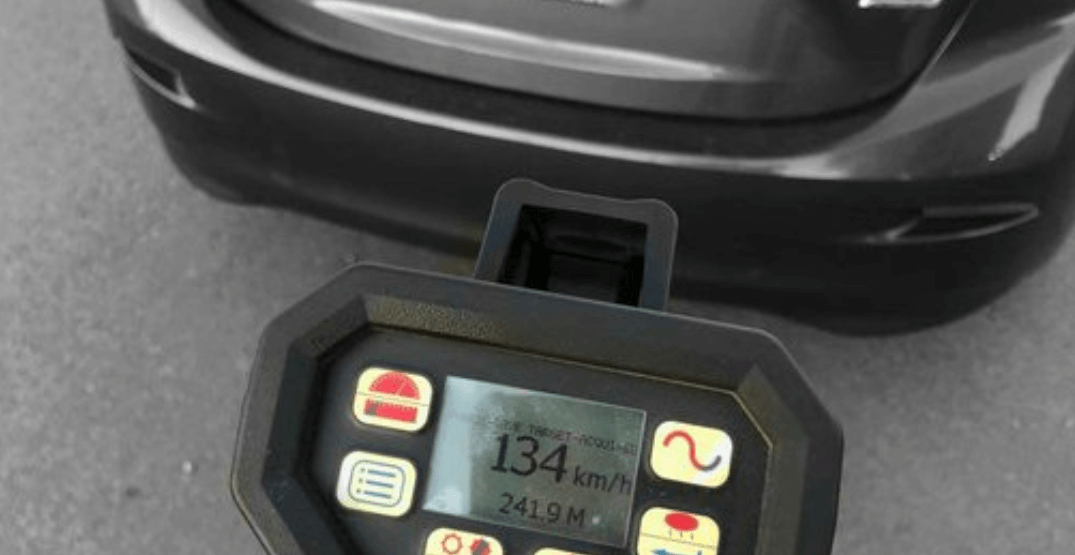 A Richmond driver was pulled over for allegedly speeding to make it to a movie.

According to a tweet from Richmond RCMP, the driver was travelling 134 km/h in a 50 km/h zone along Steveson Highway. That’s a total of 84 km/h over the posted speed limit.

Late for a movie? 134 kmph in a 50 kmph zone along Steveston Hwy is incredibly dangerous and risks the safety of all road users. $483 fine & 7 day impoundment. pic.twitter.com/rLTqfYmgf5

The tweet also suggested that the driver was rushing because they were late for a movie. The offender wouldn’t be able to make it because police served them with a seven-day impoundment and a $483 fine.

Looks like this driver will be watching a lot of movies at home for the next week.