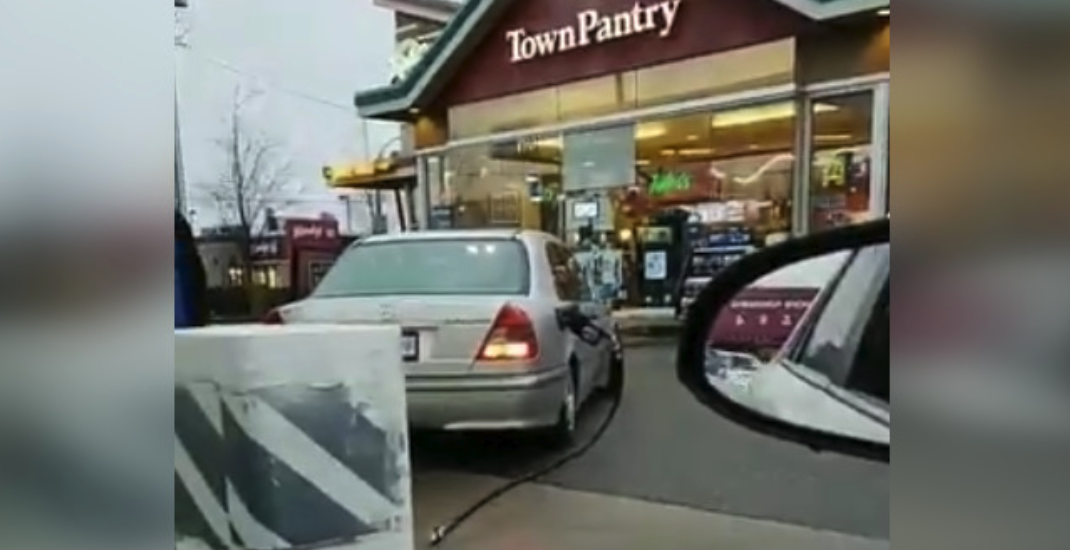 We’re all a little forgetful sometimes, but it seems one driver took it to a whole new level recently, when they drove away from a Richmond gas station with the hose in tow.

A video posted to Twitter shows the driver of a Mercedes stopped at a gas station at No.5 Road and Bridgeport, with the gas pump and hose attached to their vehicle.

A man can be seen standing outside the vehicle looking pretty confused.

According to Twitter user @SwaggaSingh, who witnessed, filmed, and posted the video, “there was a thud and buddy knew something was wrong.”