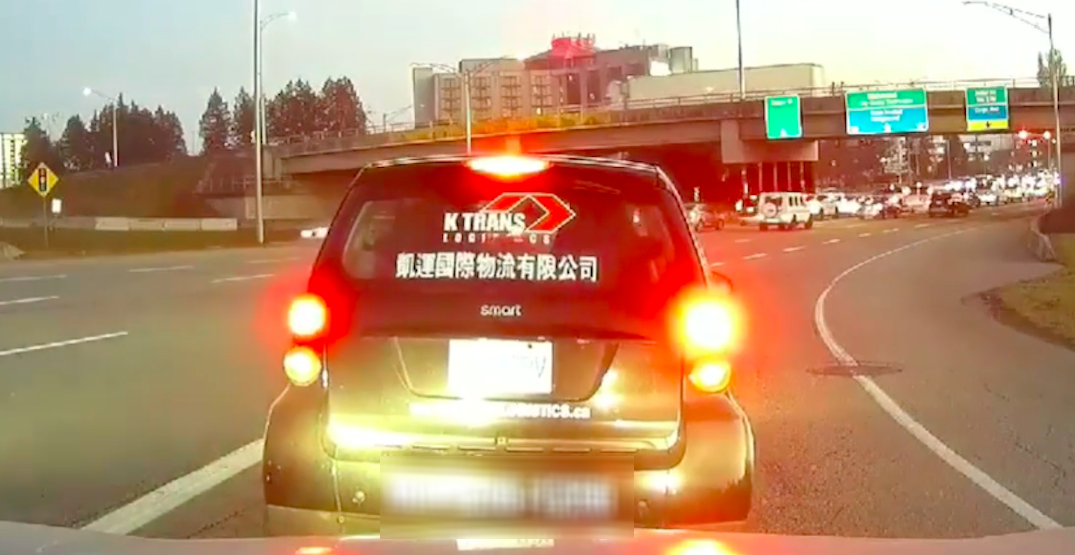 They may have been driving a Smart Car, but it appears the concept of how to properly merge into traffic is still a learning process for one driver in Richmond.

At least that seems to be the case according to dashcam footage that was captured and shared on social media this week.

The video begins with the vehicle seemingly about to take an exit, before panic merging back into its original lane. It then taps the brakes before proceeding to narrowly cut off the vehicle behind it with another tight, last-minute lane change.

The vehicle then winds its way around an access ramp until it gets to the point where it has to merge into traffic once again. And that’s where things really get interesting.

See the video for yourself below.

Typical idiot drivers in Richmond, BC from r/IdiotsInCars

In case you need a refresher, follow these five steps, courtesy of ICBC, when merging onto the highway:

See? That’s not so hard.