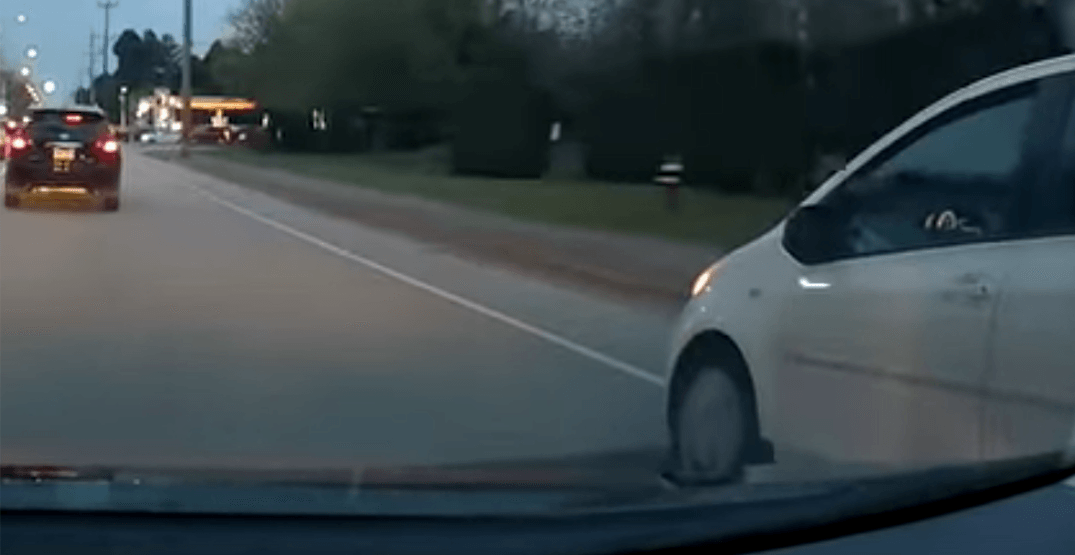 After driver in Richmond recently made news for parking on a sidewalk – next to a “No Parking on Sidewalk” sign – another video has surfaced showing another example of the  unique approach that some drivers take to being on the road in the city.

In a video captured via dashcam and posted to YouTube, a Toyota Yaris can be seen seen pulling up beside – and – passing another vehicle.

Sure, that sounds normal enough, until you see the driver pulls the whole manoeuvre in the bike lane.

“There is no lane to my right, but the Yaris driver disagrees with me,” writes MarkWilburnTLM, who uploaded the video.

Fortunately, it appears no drivers – or cyclists – were hurt in this particular situation, but it’s safe to say that trying to use a bike lane as your own personal passing lane is never a good idea, no matter how tempting it seems.