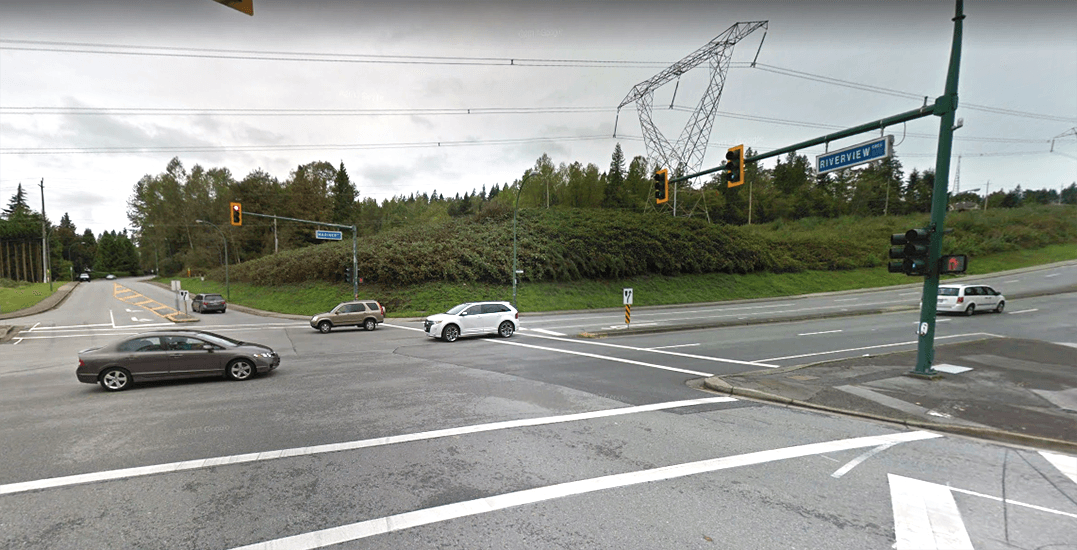 Police will be re-enacting the collision that killed a 13-year-old and sent a six-year-old to the hospital.

The Coquitlam RCMP have announced that on Tuesday, May 14, at 10 am, they will be closing the intersection of Mariner Way and Riverview Crescent.

The closure will allow officers to continue their ongoing investigation into the fatal crash that took place two months ago.

On Monday, March 25, just before 3 pm, a collision took place between a grey Dodge Charger and a black BMW that were travelling opposite directions on Mariner Way.

The two vehicles collided and caused the BMW to spin onto a traffic island where five children were standing — three girls aged 17, 13, and 10, and two boys aged 11 and six.

The 13-year-old girl and the six-year-old boy were taken to the hospital with serious injuries.

Unfortunately, the girl succumbed to her injuries shortly after arriving.

“We apologize for the inconvenience, but it’s important that we do a re-enactment to understand all the circumstances that led to the death of a 13-year-old girl,” says Corporal Michael McLaughlin of the Coquitlam RCMP.

The closure is expected to last approximately one hour. Police will include occasional openings for vehicles to pass.

No charges are being considered until a full investigation has been completed.