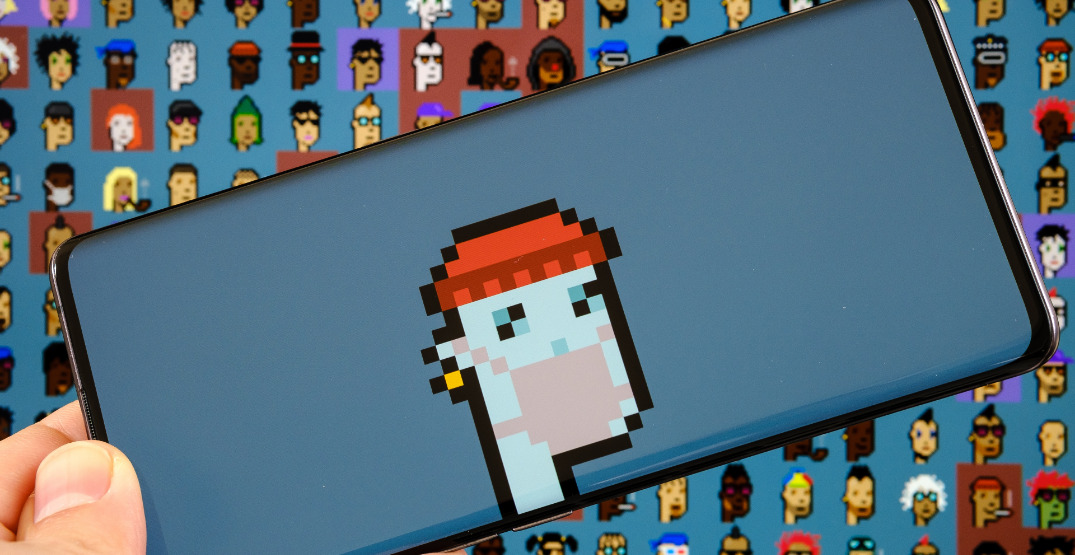 This is a CryptoPunk (mundissima/Shutterstock)

A Vancouver entrepreneur, who goes by Richerd, turned down almost $12 million Canadian for a CryptoPunk NFT.

If you’ve heard terms like NFT,  blockchain, bitcoin, or ethereum, and wondered “what the hell are they talking about,” you’re likely not alone.

Before we get into Richerd’s story, and why he rejected nearly $12 million, we first need to establish what NFTs and CryptoPunks are.

NFT stands for non-fungible token, and it is a unique digital asset.

Richerd tells Daily Hive to think of it like a five dollar bill.

“If I have a five dollar bill and sign my name on it, there is only one five-dollar bill with my name on it. I can still exchange it and so forth, but now it’s unique. Same thing with NFTs, each NFT is unique and trackable.”

You’ve also probably heard about NFTs attached to the NBA, through their Top Shot program.

The way the NBA describes it is, “think of the future of the sports trading card market mixed with similar principles of cryptocurrency, but it’s virtual cards that contain individual NBA highlights.”

Say you have a signed rookie Mario Lemieux hockey card. At the time of purchase it may not seem like a huge deal, and you might show it off to friends, but over the course of time it becomes exceptionally valuable.

The data that is coded into the NFT is what makes the ownership unique, and what would separate it from any copies.

Why are NFTs important?

Because internet culture is important.

The NFT he owns is essentially a digital avatar or a digital cartoon character called a CryptoPunk, created by Larva Labs, which some consider to be the first NFTs.

Larva Labs created 10,000 of these Punks in total, so you could also consider them a limited edition collectible.

This could have been the largest ever on-chain NFT sale in USD, but I chose to reject the offer.

Here is the story and why 👇 pic.twitter.com/zeURo4C5z6

That little dude with the 3D glasses and cigarette you see in the embedded tweet above? Yeah, that’s a CryptoPunk. He got offered 2500 ETH (ethereum) for it, which is the cryptocurrency equivalent of $9.5 million in US dollars. This would have been a new record.

Ethereum is essentially another cryptocurrency, like bitcoin, but is considered to be more versatile.

Every time I see a super nice car drive by, I think to myself
“Oh yeah, well does he own a Punk? I think not.” then continue on with a smug look on my face.

Why did he turn it down? A couple reasons.

“I value my integrity as a leader, and my CryptoPunk also lends itself to that too,” Richerd said.

He also suggests that the brand that he has built around his CryptoPunk, and the future potential of growing that brand further, is worth more than the 2500 ETH he could have gotten for it.

“Everyone recognizes my CryptoPunk, and I’ve spent a lot of time using it as my brand.”

If Richerd was to sell this NFT, he feels that he would essentially be selling his brand. A copy of his avatar would not represent the same thing as actually having ownership of the CryptoPunk.

Also if i sold Punk6046, I don’t know what I would tell all the guys at @richerd3DAO!@richerdIntern, @richerdInternPA, @richerdsCOO, @60463D, and @6046cigarette all have big plans for the future of 🟦🟥https://t.co/g9RsIPHKW1

Richerd also happens to be a prominent part of Vancouver’s tech scene.

Web3 is the decentralized web, and according to Richerd, it can be seen as the web owned by builders and users, as opposed to corporations like the centralized Web2.