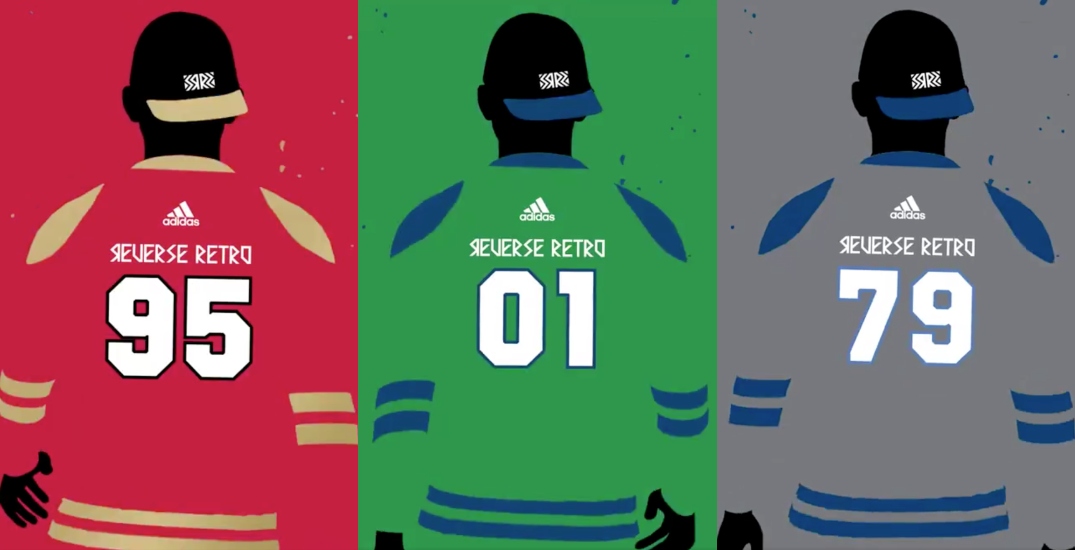 Today, the NHL confirmed what has been rumoured for weeks.

Reverse retro jerseys are coming, and Daily Hive has confirmed they’re coming for all 31 teams. The new Adidas uniforms will be worn on ice for select games next season.

Just what “reverse retro” means is still yet to be fully defined, but it could mean the Vancouver Canucks in a green jersey for the first time, or maybe the Montreal Canadiens wearing blue as their primary colour, for instance.

The Calgary Flames are already going “full retro” with their home and away jerseys next season, so does this mean a black jersey is on its way? Or maybe yellow?

What about teams like the Toronto Maple Leafs, who only have two colours in their current designs already? Would they choose an entirely new colour?

These are all just guesses, but that’s what many fans are doing today after the NHL teased the new jerseys on social media.

Fans will surely have opinions on the new looks, which are set to be unveiled on Monday, November 16.