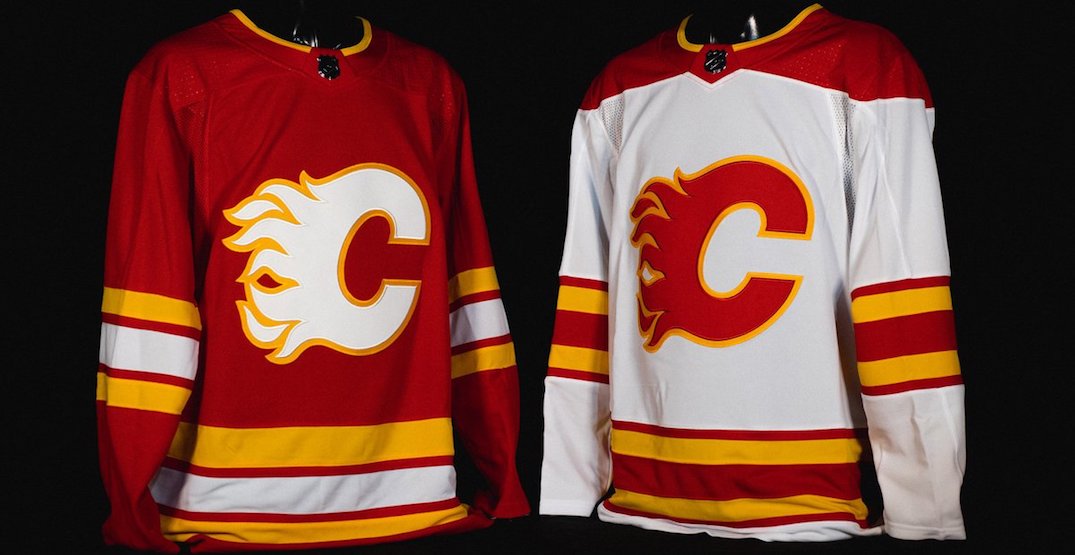 What’s old is new again, as the worst-kept secret in Calgary is now official.

The Calgary Flames announced on Monday morning that they’re going “full retro,” returning to their original uniforms full-time for the 2020-21 season.

“We aim to reconnect with our past,” said Flames legend Lanny McDonald, who narrated a video posted to social media. “It’s time to go full retro.”

In addition to the jersey change, the team announced it is reverting its primary branding to the original colour scheme of red, yellow, and white — losing the accented black which has been part of the team’s branding since the mid-1990s.

“Since re-introducing the retro look in alternate jerseys back in 2009, we’ve heard the feedback from a large portion of our fan base,” said Flames Director of Marketing Ryan Popowich. “They love the original look and really wanted us to return to it. It took a while to get all the pieces in place to make it happen. Adding the retro inspired Heritage Classic white jersey last season was the final piece of the puzzle and the time has finally arrived where we can deliver to the fans what they’ve always wanted – for us to go FULL RETRO.”

Friday marks the 40th anniversary of the first home game in Flames history, at the Stampede Corral.

“My teammates and I love them,” said Flames captain Mark Giordano. ”The first thing that comes to mind is that these were the jerseys worn when they won the Cup back in 1989. There is a certain amount of pride for the current players knowing that we carry on a legacy and tradition. They look great and feel even better on. I think they are the coolest jerseys in the League.”

The announcement comes a day before the start of the 2020 NHL Draft, which will be held virtually for the first time ever.