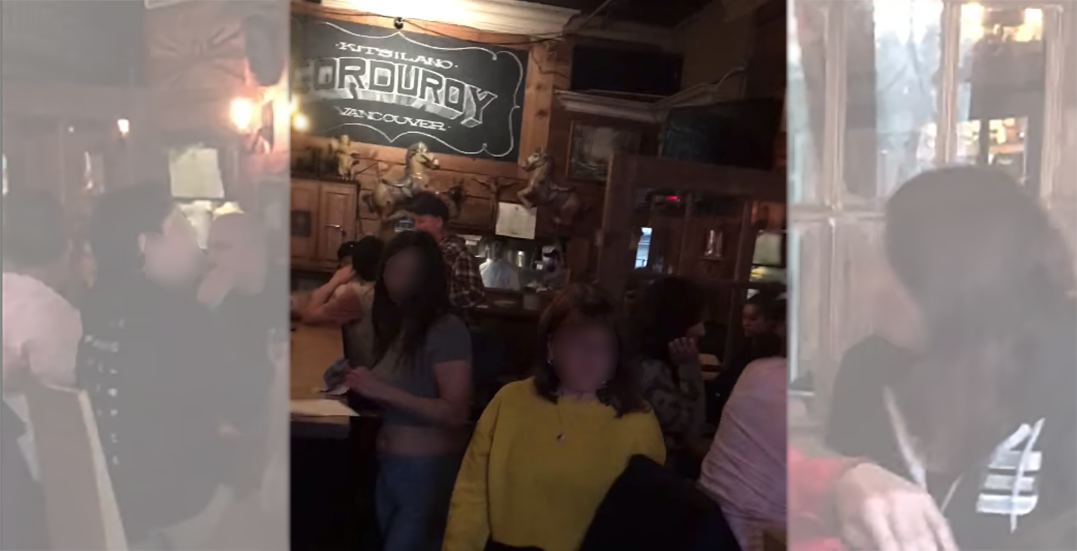 The BC Restaurant and Foodservices Association (BCRFA) is speaking out against restaurant owners who broke the ban on indoor dining over the past weekend.

The message comes after a video circulated on social media showing Corduroy in Kitsilano crowded with patrons. Gusto A Taste of Italy, in Olympic Village, was also issued a closure notice by Vancouver Coastal Health (VCH).

Ian Tostenson, president and CEO of the BCRFA, says that the industry “needs to stand together,” adding that there’s no place for these kinds of actions.

“There is no place for this type of complete disregard for public safety and the rule of law,” he says. “The actions of a few selfish, arrogant, and irresponsible restaurant owners do not in any way reflect the significant effort this industry has made to ensure public safety.”

“As an industry, we have worked too hard to have a few restaurateurs taint our reputation by openly defying the provincial health order.”

The BCRFA adds that despite the financial loss, wasted product, and job layoffs that resulted from the ban on indoor dining, “thousands of restaurants” in BC have committed to the public health measures.

They’re also calling for the “immediate closure, fining, and business licence revocation” of any businesses that defy the current orders.

For some establishments in Vancouver’s hospitality sector, takeout and outdoor dining is not an option, making the already difficult circumstances that much harder. Restaurants were also given less than 24 hours’ notice for these new orders, affecting supply, planning, and staffing.

“We do have a community responsibility to help end COVID-19,” Tostenson said when the announcement was made. “We will stand beside Dr. Henry and the BC government and help in any way possible.”