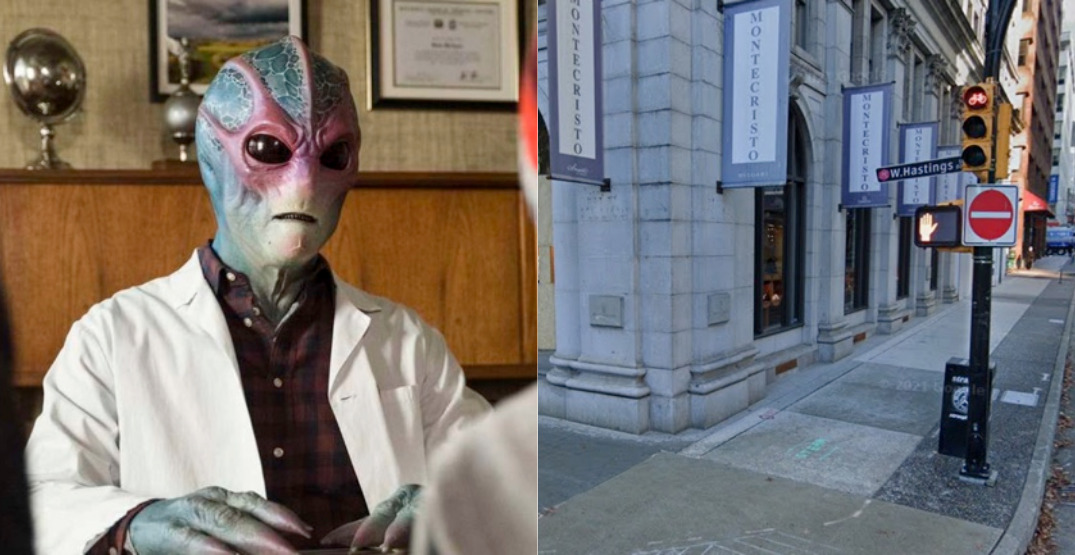 The popular science-fiction TV series Resident Alien will be filming in Vancouver on Wednesday as the production transforms the city into New York.

Resident Alien features Alan Tudyk playing an alien who crash-lands on Earth and pretends to be a doctor.

The show was renewed for a second season in March of this year.

Resident Alien is based on a popular comic book series of the same name.

According to @YVRshoots on Twitter, they’re filming today at the Lower Seymour Conservation Reserve in North Vancouver.

Filming on Wednesday will be taking place just a short walk from the Vancouver Art Gallery, on the 400 block of Hornby Street, near Hastings.

The notice of filming suggests that there will be more background performers than usual as they simulate the bustling streets of New York City.