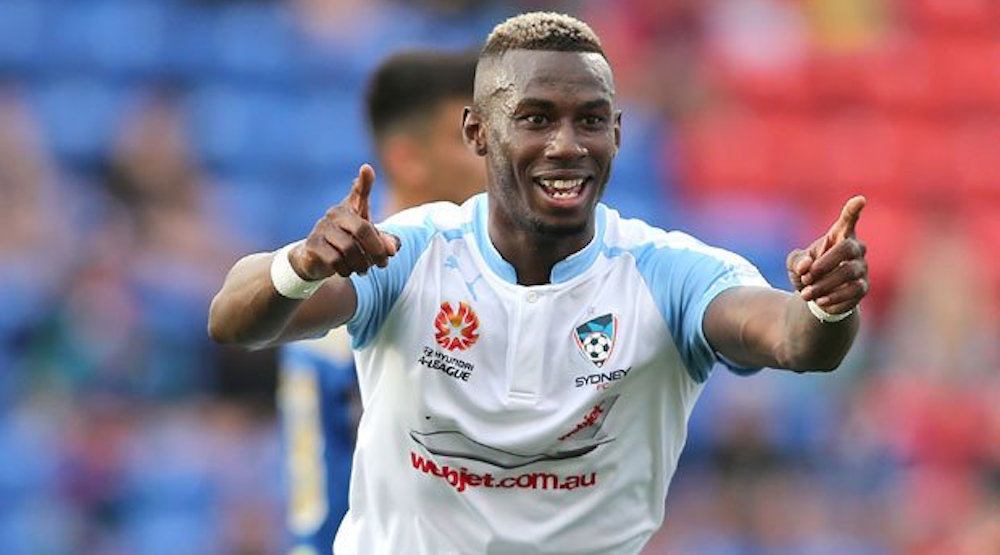 Reports out of Australia on Monday evening (Vancouver time) indicate that Vancouver Whitecaps FC have added a new player.

Forward Bernie Ibini will join the Whitecaps, making the move from the A-League in Australia to MLS, according to The Advertiser newspaper in Adelaide. Ibini is on loan with Sydney FC, who just won the Premiership down under, from Club Brugge in Belgium.

Sydney, the report says, has agreed to release Ibini with Brugge set to receive a transfer fee from Vancouver. The move is said to be pending the passing of a medical, which might not be a formality.

*Update: The Whitecaps have made it official

The 24-year-old Nigerian-born Aussie missed the Grand Final with a hamstring injury, and that’s the concern with this signing if you’re a Whitecaps supporter. Ibini has been injury prone, breaking his leg and rupturing ligaments in 2015, and may need two months of rest to recover from his latest ailment.

The 6-foot-1, 194-pound forward scored three goals in 20 appearances with Sydney in 2016, coming off the bench in all but one match. Said to be a speedy attacker who loves to run off the ball, Ibini has spent his entire career in Australia, with the exception of 10 appearances with Shanghai Dongya in the Chinese Super League. In 125 career-appearances in the A-League, Ibini has 31 goals.

Internationally, Ibini is capped with Australia, appearing in two matches at the senior international level with the Socceroos.

“Bernie is an exciting young player with great upside,” said Whitecaps FC head coach Carl Robinson. “He’s big, powerful, and can play as a wide player or as a centre forward. And just as importantly, he’s someone who is hungry and keen to prove himself in Major League Soccer. We look forward to working with Bernie to help him reach his potential.”