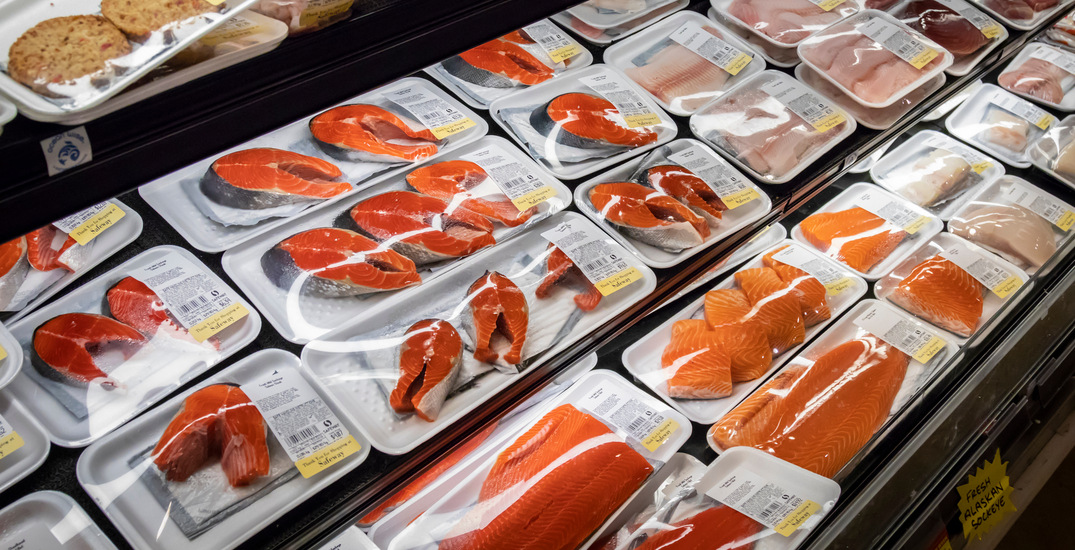 There’s something fishy going on in the Canadian seafood industry.

A new report on fish fraud from Oceana Canada has found that nearly half of the seafood sold in Canadian grocery stores and restaurants is mislabeled.

Oceana looked at DNA samples from fish in four major Canadian cities and discovered that 46% of the labelled product wasn’t what was in the package.

The investigation found that seafood was mislabeled 52% of the time in Montreal, 50% in Toronto and Ottawa, and 32% in Halifax.

“Canada has a pervasive and unchecked seafood fraud problem, putting Canadians, honest fishers, ocean ecosystems, and our seafood economy at risk,” Oceana said of the results.

There were 10 cases where items labelled as butterfish or tuna were actually escolars, which can cause acute gastrointestinal symptoms and is banned from sale in several countries.

In fact, all of the samples of butterfish, white tuna, and yellowtail were mislabeled. And one of the species of fish found is not authorized to be sold in Canada.

“Buying fish shouldn’t be a guessing game,” said Sayara Thurston, Seafood Fraud Campaigner. “Canadians deserve to have confidence in the seafood they eat.”

“Seafood is a high-risk product for food fraud; this includes mislabelling, but also illegal products making their way into supply chains.”

Thurston cautioned that illegal fishing, seafood fraud, and human rights abuses can be hidden within the complex supply chains of the global seafood trade.

According to Oceana, the federal government committed to implementing a “boat-to-plate” seafood traceability system in 2019 but has yet to release a plan or timeline for doing so.

The group said experience from other countries has shown that boat-to-plate traceability regulations help stop fraud and protect consumers, fishers, and the ocean.

The EU and the US both have traceability systems in place, and Japan has one in the works. Canada, though, doesn’t require seafood to include proof of origin, legality, or sustainability.

“Until this happens, Canadians have no guarantee that the seafood they eat is safe, legally caught, or honestly labelled.”