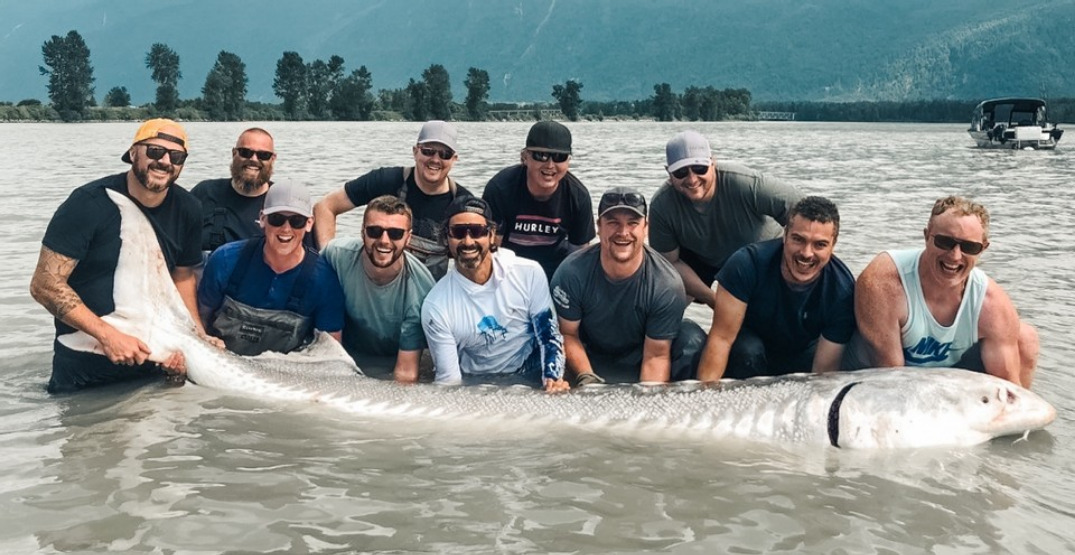 It was an experience that sounded more like a scene out of Jaws or Moby Dick, in an hour-long struggle where the crew faced multiple obstacles before the eventual catch of a large virgin surgeon, meaning it had never been caught before.

The sturgeon refused to tell the crew its age, but according to Fraser River Lodge staff, a fish of this size could be over 100 years old.

A crew of three people had to maneuver around bridge pillars and an island that had trees protruding from the water that were constantly hitting the boat.

The fish was measured, scanned, and tagged before eventually being carefully released back into the water, with Fraser River Lodge guides standing by to make sure it was okay.

“Catches like this are extremely rare and are always exciting to be a part of,” said a Fraser River Lodge spokesperson.

A very memorable catch + some very happy clients! This sturgeon was measured at over 10 feet, making this a day for the books! Book your day trip now for the experience of a lifetime!#explorebc #sturgeonfishing #catchandrelease pic.twitter.com/uZVvTXbYMv

The actual size of the fish was 11 feet, five inches in length, and 56 inches in girth.

The 800 pound weight of the fish puts it on par with an adult grizzly bear or moose.

Sturgeon are classified as endangered in Canada and the US, with only catch-and-release being permitted due to overfishing and water pollution.