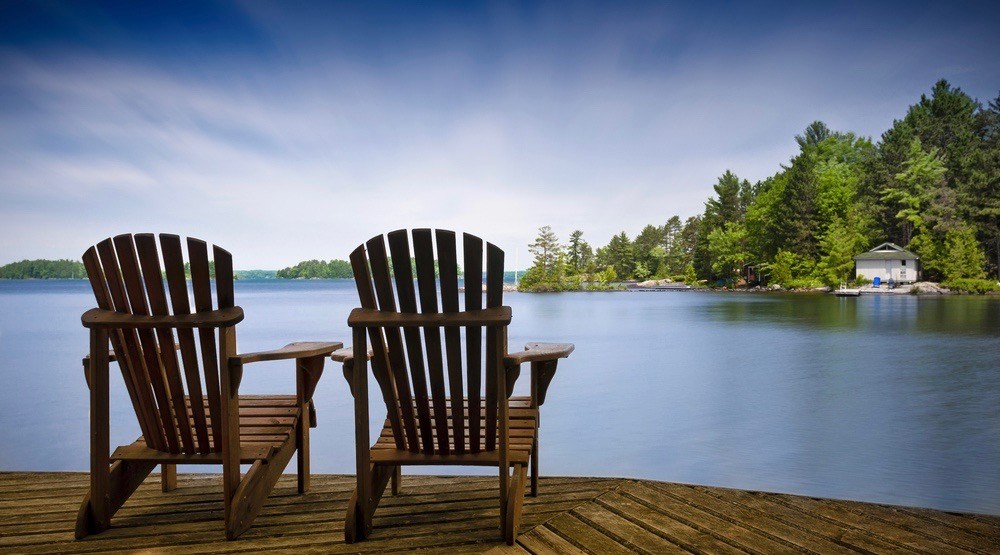 Despite the high real estate costs, Canadians love their cottages.

So much so, that more than a quarter of Canadian families (28%) say they would consider selling their primary homes in the city to purchase a cottage, cabin, or ski chalet, according to the latest RE/MAX Recreational Property Report.

“Many Canadians with young families are determined to own a cottage or cabin and are willing to explore avenues to turn this dream into a reality,” said Christopher Alexander, Regional Director, RE/MAX INTEGRA Ontario-Atlantic Canada Region in a release. “As real estate prices in areas of Canada remain high, more buyers are exploring unique financing options such as fractional ownership in a shared property, purchasing a recreational property with a friend and even selling their primary residence and putting the equity into a cottage or cabin.”

For the most part, retirees are a major factor in the demand for recreational homes across the country, with more than 55% in retiree buyers compared to this time last year.

“Large numbers of retirees and Baby Boomers nearing retirement are putting the equity they received from the sale of their home in cities like Toronto and Vancouver into the purchase of a recreational property,” said Elton Ash, Regional Executive Vice President, RE/MAX of Western Canada in the release. “Significant price appreciation in those regions has made recreational property ownership a relatively affordable option for many retirees.”

But it’s not just retirees looking to enjoy cottage country. RE/MAX reports that millennials are now keen to enter this market.

Almost two-thirds, or 65%, of millennials aged 18 to 34 expressed interest in purchasing a cottage, cabin or chalet in the next 10 years, according to the report. But many millennials feel that the high real estate prices in the city will impact their ability to buy recreational properties. So to overcome the lack of affordability, 44% of young Canadians say they are willing to purchase property with family members, and 39% would purchase a property and rent it out using sites like AirBnB. One in five millennials also said they would consider fractional ownership of a shared property or buying with a friend, according to RE/MAX.

And they would need a hand with some of these prices. The RE/MAX survey of brokers and agents found that 39% of regions experienced an increase in demand from buyers leaving either the GTA or BC’s Lower Mainland compared to last year, according to the report. For those seeking waterfront recreational properties in Kelowna, BC, the median price jumped 46% and currently costs $980,000. On the other side of the spectrum, Haliburton, Ontario, has some of the more affordable properties in Canada. Its non-waterfront median price also soared 42%, but it’s at the unbeatable cost of $66,000 on average.

Sometimes, it’s expensive to find a little peace and quiet in Canada. 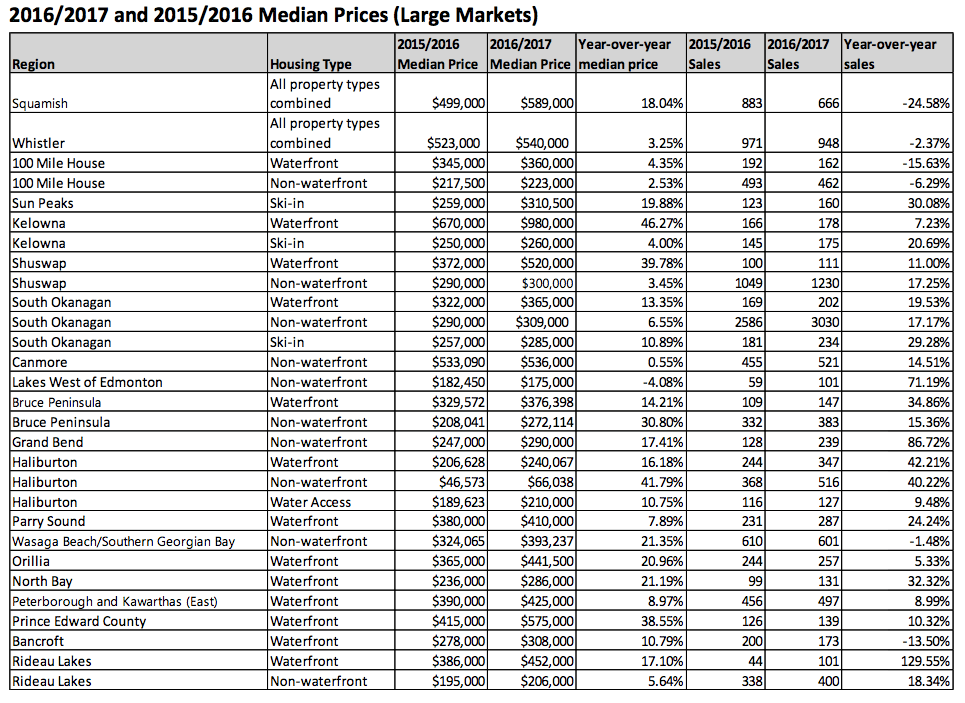