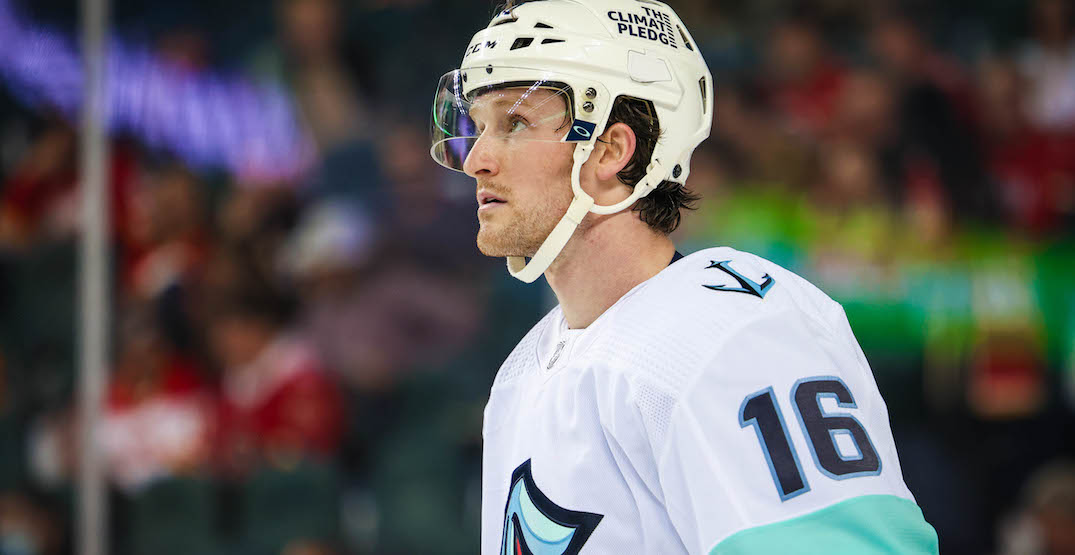 The Vancouver Canucks have a lacked a true, bonafide geographical rival throughout their history.

Here’s hoping that changes with the arrival of the Seattle Kraken.

Seattle is set to host its first-ever NHL game on Saturday, against the Canucks, so it’s time to put the Kraken firmly on your “hate list.”

Given the Kraken are a brand new franchise, you might not hate them yet. That’s why we’ve come up with seven reasons to get your blood boiling.

1.  Their team name is ridiculous 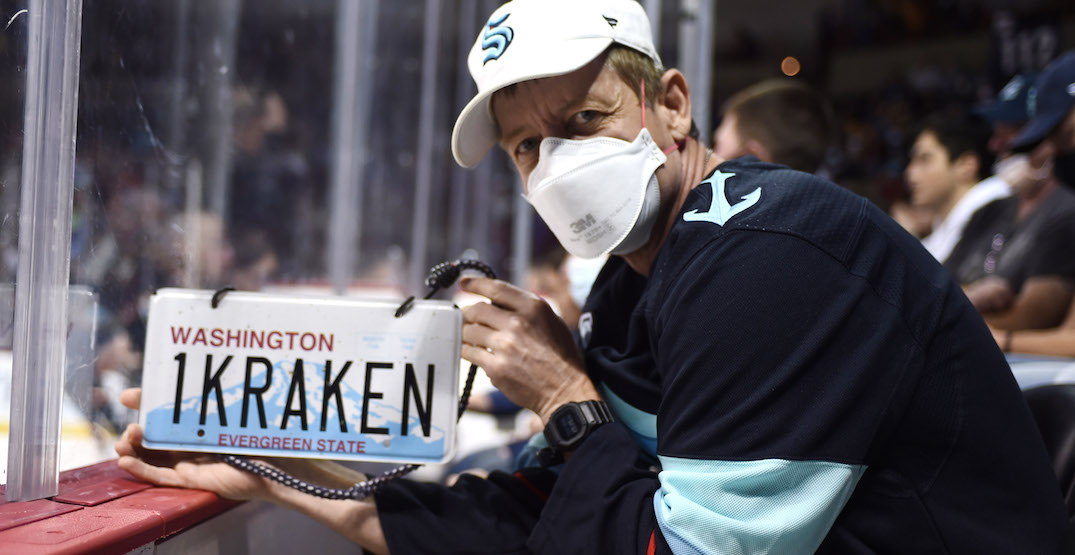 Back in 2018, Seattle reportedly registered trademarks on 13 potential names. Sports Illustrated ranked all of the choices, and the Kraken finished in last. Not only is the Kraken name ridiculous, but it has zero ties to the Pacific Northwest — it originates from Scandinavian folklore.

I mean, the number of inappropriate puns one can make based on Seattle’s team name is endless. Did the management in the Emerald City not see that coming?

Change the Kraken's logo to this tbh pic.twitter.com/YuzVjKKkH1

2. Their own residents think the city sucks… 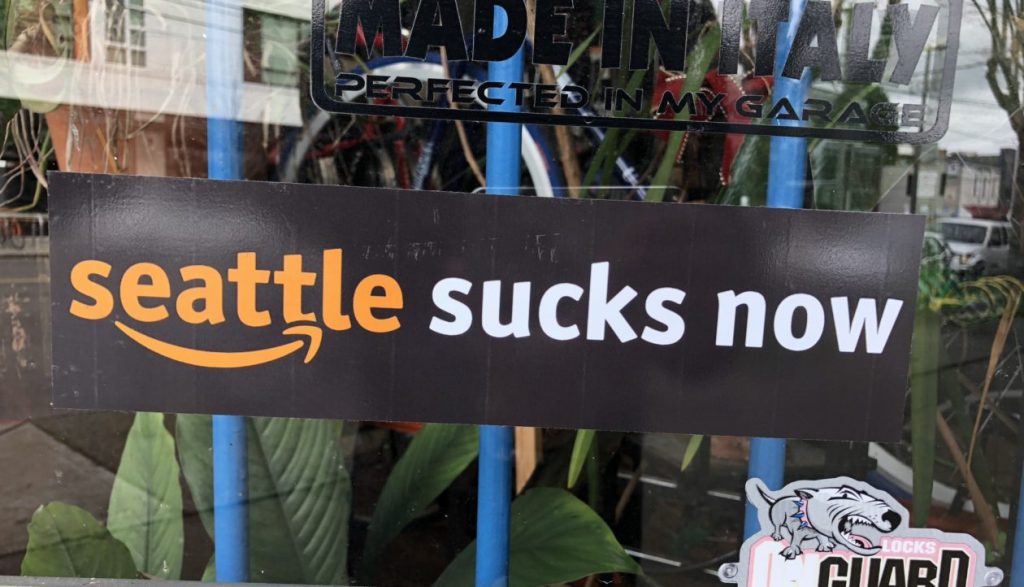 Back in 2018, a local business owner made headlines after making a sticker that says “Seattle Sucks Now.” He was referencing the overdevelopment of the city and the takeover by Amazon, which has their headquarters based in Seattle.

I mean, the fact that Amazon’s headquarters are in Seattle is enough to leave a sour taste in your mouth about the city. There’s now an entire Wikipedia page dedicated to Amazon’s barrage of controversies.

Amazon just happens to be a major sponsor of the Kraken.

Thanks for enabling them, Seattle. 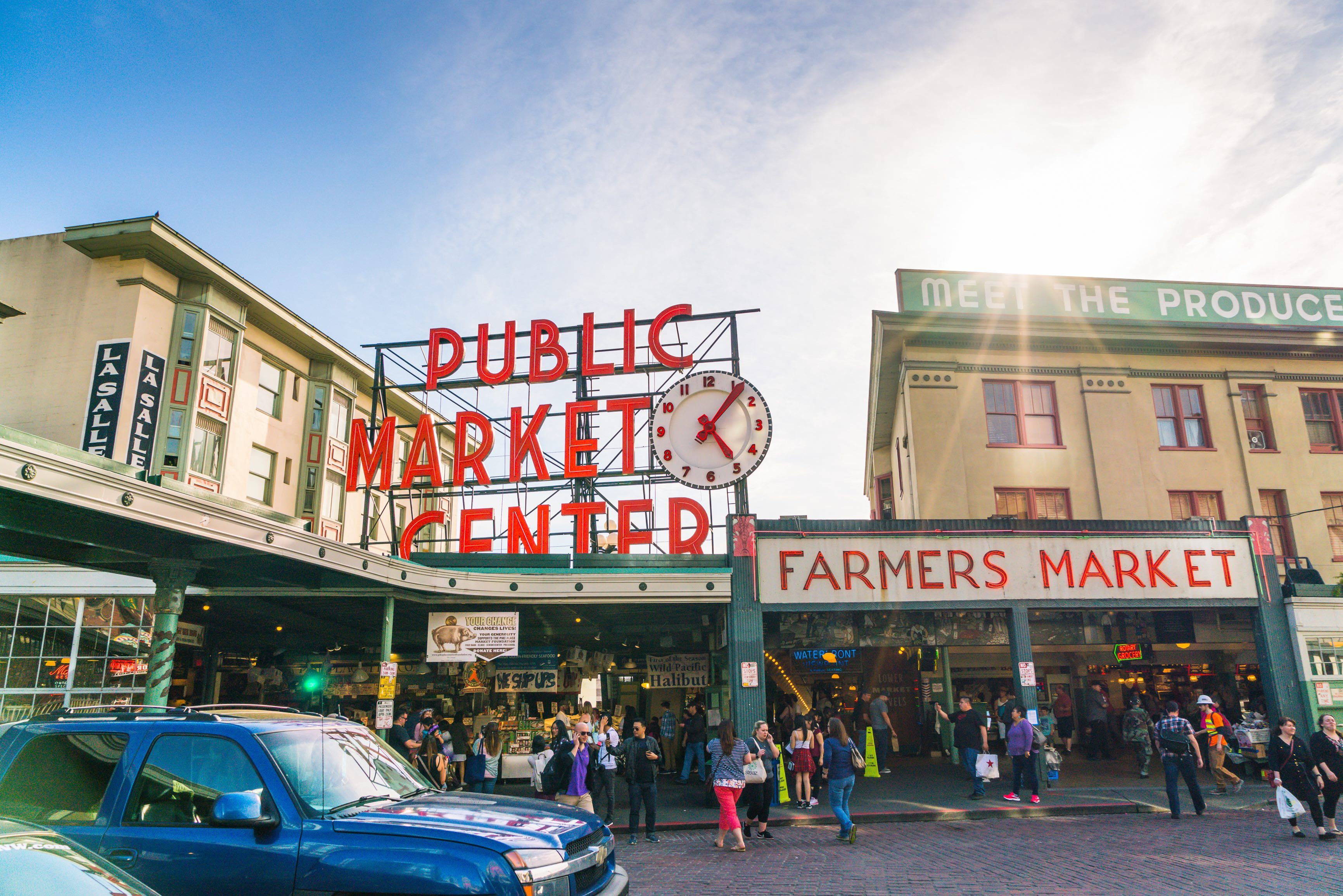 Some call this “The Soul of Seattle.” Others might say it’s overcrowded, overpriced, and overrated.

It’s hard to see why there’s so much hype over this “tourist attraction.” Most of the shops have heavily marked up their items and there are multiple complaints online about Pike Place being “dirty.”

While many put this on their bucket list, this TripAdvisor review might paint a more accurate picture of what to expect.

“It wasn’t what I thought it would be. More like a dirty swap meet than a fresh fish market with good deals and bargains that I was hoping for.”

4. The gum wall is ridiculous 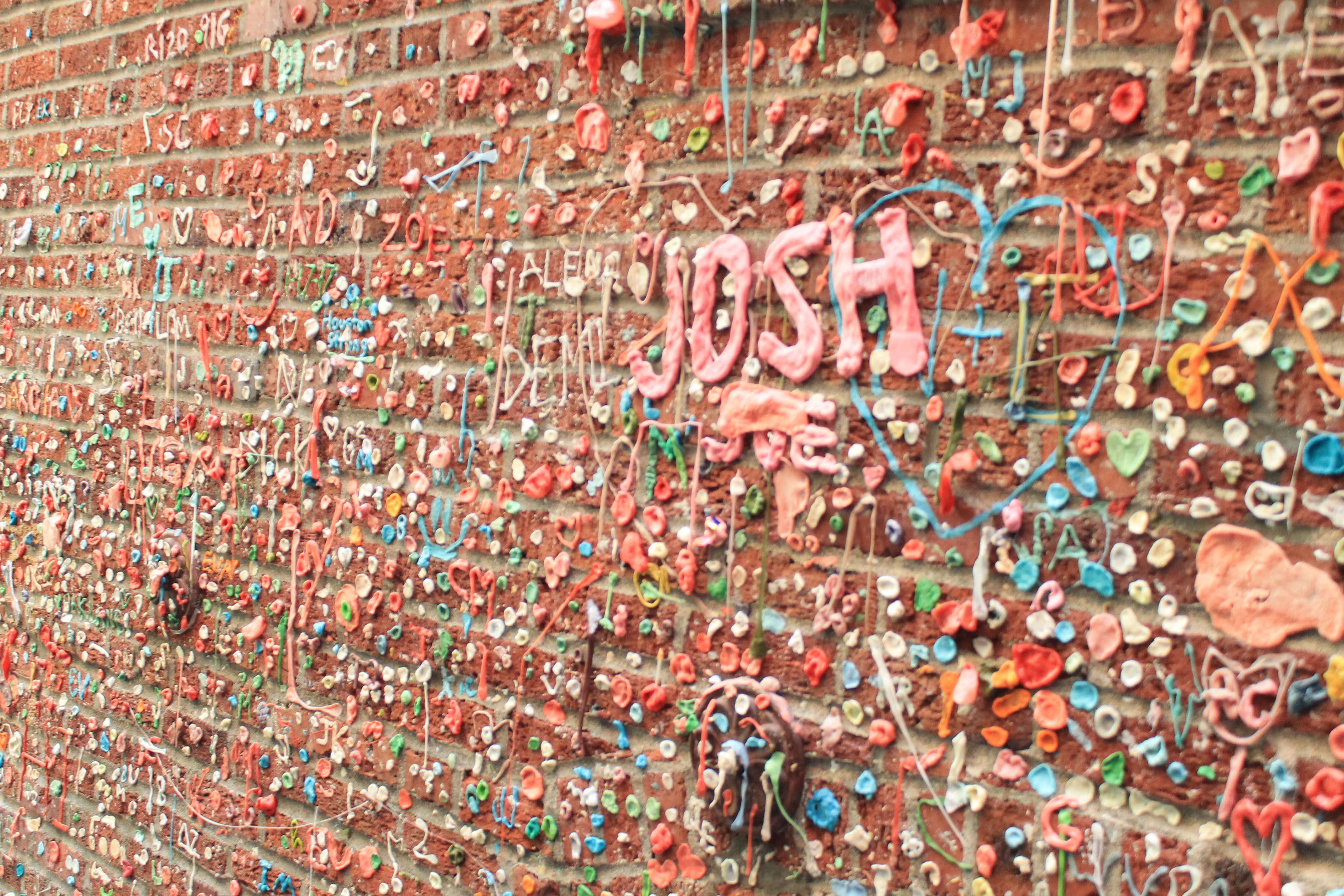 After your trip to a dirty, overrated and overpriced market, you can make your way to a disgusting, sticky wall full of strangers’ germs.

One of Seattle’s most prominent attractions is their “gum wall” in downtown, where strangers stick their used up, chewed gum on a wall before taking a selfie.

Can you think of anything less desirable to do when traveling to another city? 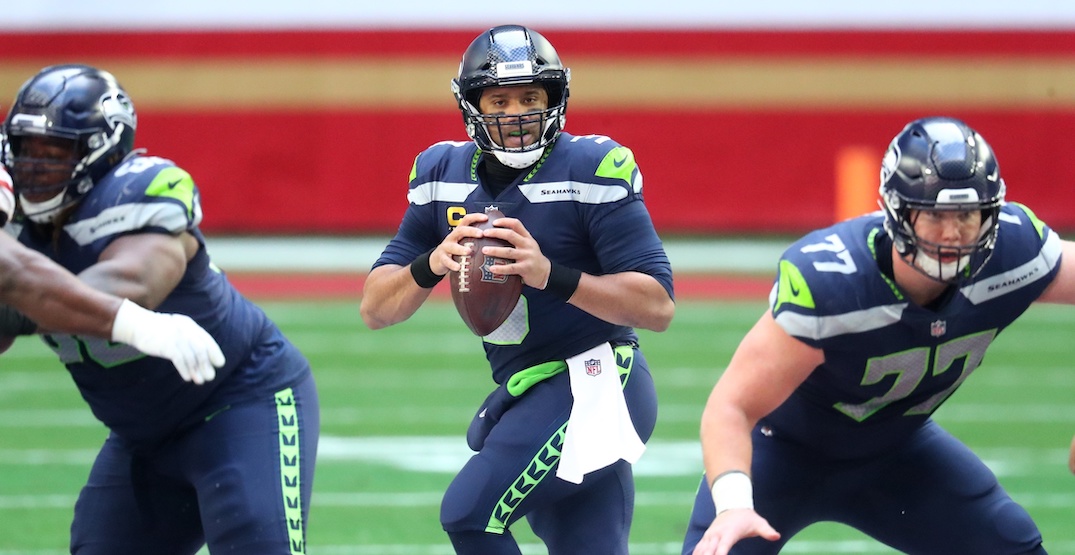 Well, “success” is a relative term.

The Seahawks have been one of the NFL’s best teams since Russell Wilson joined the squad back in 2012, culminating with a Super Bowl back in 2013. In the MLS, the Seattle Sounders have also won two championships within the last five years.

It’s a different story for the Seattle Mariners, who have Major League Baseball’s longest playoff drought at 20 years.

Regardless, there’s enough recent sporting success in the city of Seattle. They don’t get to have Pacific Northwest bragging rights for hockey too. 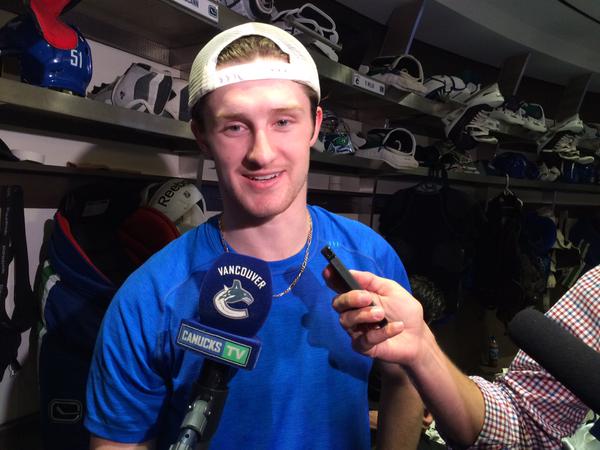 There’s a lot of reasons to cheer against the former Canucks draft pick.

Jared McCann was the centrepiece of arguably the worst move during Jim Benning’s eight-year tenure. It’s now been more than five years since Benning dealt McCann and a high-second-round pick for burly defenceman Erik Gudbranson. Suffice to say, time has not made the trade look any better.

One of the reasons why the Canucks might have traded McCann though, stemmed from reports that perhaps he wasn’t the best teammate.

Theories on why Beth Bartkowski said everyone on the team is so nice "except that little 19 year old" (McCann)? #SixPack #Canucks

He’s surely matured since then, but the Canucks do need to keep an eye on McCann when these teams hit the ice. He currently leads all Kraken players with three goals and five points in five games.

7. They better not win a Cup before Vancouver 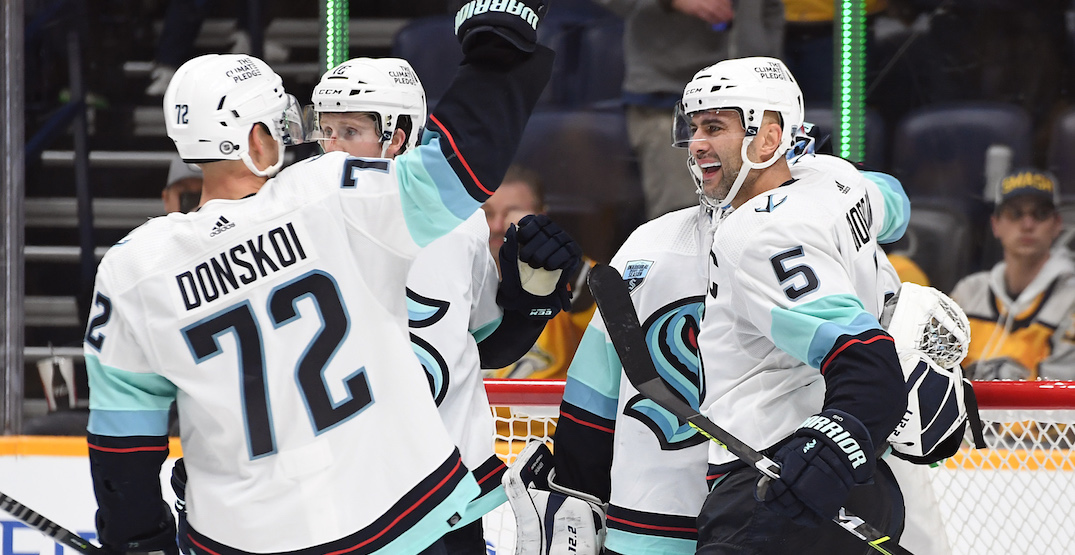 This might be the number one reason to absolutely despite Seattle’s new franchise out of the gate.

While the Kraken aren’t off to a great start, the team they assembled was full of analytics darlings. Some of the most prominent stats-based outlets in hockey all claimed that Seattle had a better chance of making the playoffs than Vancouver.

The Canucks are in their 51st NHL season and have yet to win a Stanley Cup. To think that the Kraken could have a better chance of making it to the finals in year one of their existence is both depressing and maddening for the passionate fans in this market.