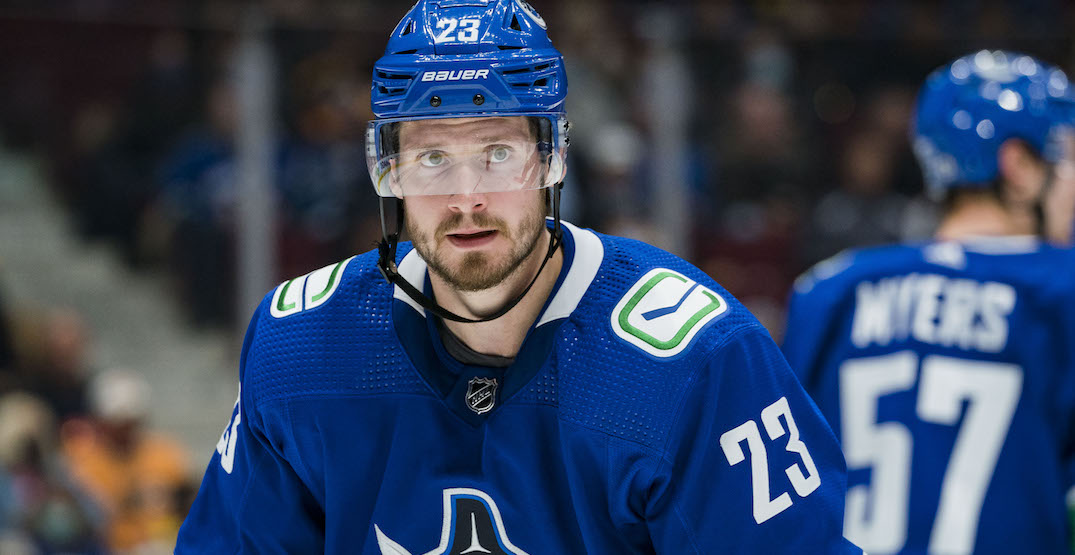 Is Jim Benning feeling the pressure?

As the Vancouver Canucks’ general manager enters his eighth season in charge of the club, the stakes have never been higher.

After taking the Vegas Golden Knights all the way to Game 7 of the second round back in 2020, the Canucks were expected to take a step forward. Instead, they crashed and burned, finishing last in the North Division.

Now, Benning has retooled the roster and quite literally, 10 players on the 20-man opening night lineup could be made up of new players.

It’s clear that on paper, the Canucks are better than the team that played at a 73-point pace last season. However, according to every major analytics model, they haven’t improved enough to make the playoffs.

Four of the most well-known and respected analytics-based prediction models out there are all bearish on the Canucks. Their predictions are below.

Why is every model so low on the Canucks?

1. They were terrible last season

Most analytics models include data from the past couple of seasons (usually the last three). Of course, the most recent seasons receive the heaviest weight, which doesn’t bode well for the Canucks.

2. They’ve been horrid defensively for years

Over the last three seasons, here’s where the Canucks rank in a number of defensive categories at five-on-five:

When you’re consistently one of the worst teams in hockey defensively, winning is going to be a challenge. There’s just too much talent in the NHL — even on bad teams — to continuously be this permissive on defence.

It’s no secret that analytics aren’t kind to some of the Canucks newcomers… with the stats vilifying Oliver Ekman-Larsson in particular.

Here’s an interesting chart from Micah Black McCurdy’s preview, which shows how each current Canucks fares against league averages for expected goals for and expected goals against. 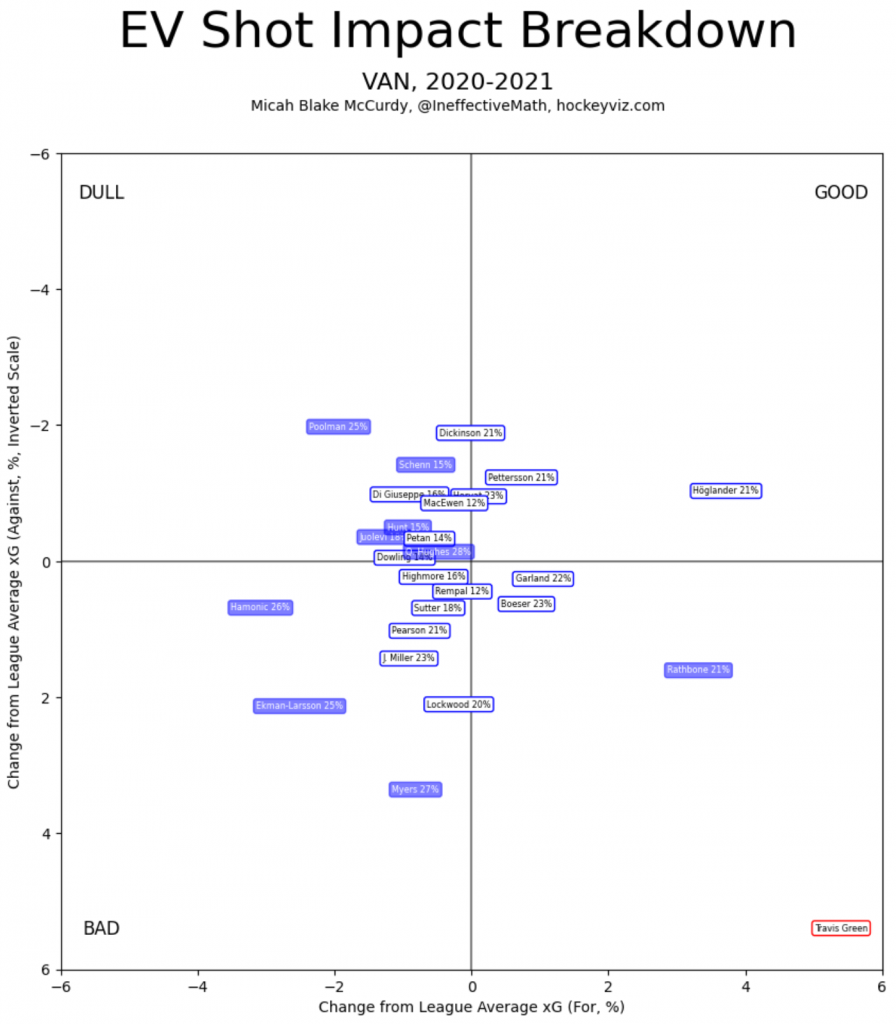 This is how members of the current Canucks roster fared in against league averaged for xGF and xGA. (Courtesy Micah Blake McCurdy/hockeyviz.com)

Most Canucks above have a negative impact in terms of goals-for at even strength.

What’s noteworthy here is that every single defenceman is in the negative except for Jack Rathbone. Ekman-Larsson and Myers, which could be the Canucks’ shutdown pairing, are firmly in the “bad” box.

Over the last 10 seasons, no team has had more man games lost than the Canucks.

Vancouver Canucks, Pittsburgh Penguins, Buffalo Sabres, Colorado Avalanche, and the Anaheim Ducks have the greatest number of injuries since the 2010-11 season https://t.co/Vqmne8nuQ2 pic.twitter.com/GkQyTA3Hb9

Eventually, luck has to turn in the Canucks favour… right?

The impact of injuries is a hard thing to quantify. In the case of the Canucks, missing a star like Elias Pettersson for half the season created a trickle-down effect that negatively impacted the entire roster.

Still, the Canucks aren’t off to a great start here with Travis Hamonic, Brandon Sutter, and Tyler Motte missing the start of the season. However, if this club can avoid long-term injuries to their core players, they’ll automatically be in better shape to succeed.

While this can be quantified to an extent, chemistry between certain players is often random.

I mean, remember when everyone thought Loui Eriksson and the Sedins were going to have success? Heck, even the supposed chemistry between J.T. Miller and Bo Horvat was cut short before it even started.

It could take some time for a team with nine new skaters to gel, which is an issue since the Canucks begin the season on a six-game road trip. However, on paper, this is the best forward group the Canucks have had in nearly a decade.

Thatcher Demko was a stud for the Canucks last season, and he could arguably be the most important player on the roster for the 2021-22 campaign.

If Demko can continue playing at a near-Vezina level, coupled with even an average performance by backup Jaroslav Halak in spot duty, it will go a long way towards improving the Canucks playoff odds.