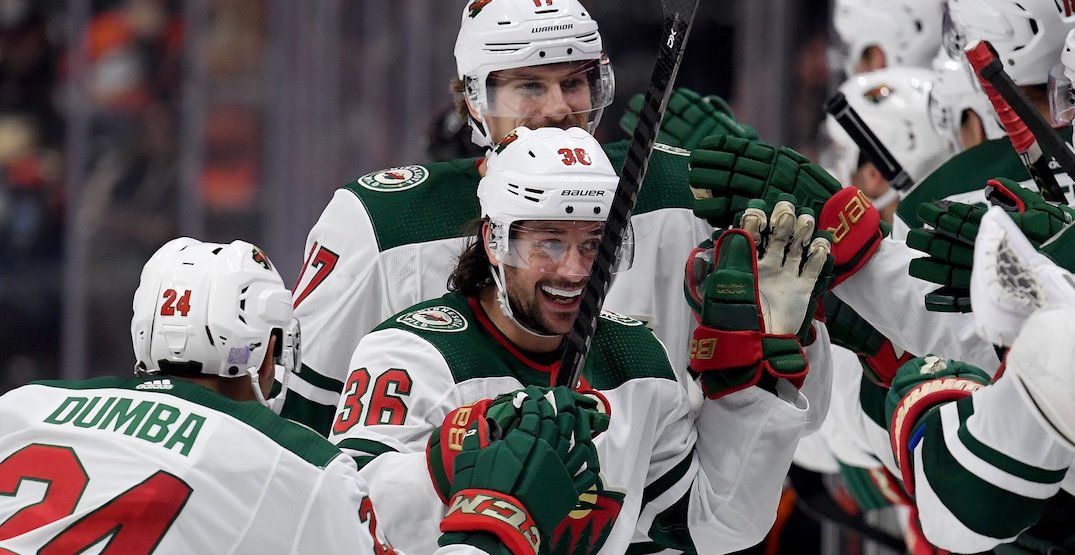 Let the hate flow through you.

That might be a classic, completely unrelated quote compared to hockey, but it’s sound advice for both the Vancouver Canucks and their fans as they prepare to take on the Minnesota Wild during a best-of-five play-in series.

It’s time to get fired up for the postseason!

While the teams might not be division rivals anymore, that doesn’t mean there aren’t reasons to despise the Canucks play-in opponent.

Here are seven reasons why you should let the hate flow through you every time you think of the Minnesota Wild.

1. Vengeance for Naslund, Bertuzzi, and the 2003 Canucks

I don’t want to say that a 17-year-old vengeance is the main reason to despise Minnesota in this series, but it’s a damn good reason.

That 2003 version of the Canucks was the West Coast Express Era’s best chance to win a Stanley Cup. They had the Wild on their heels with a 3-1 series lead and they blew it.

Forget the Todd Bertuzzi curse. That Wild team never should have beat the Canucks.

⁦@BizNasty2point0⁩ ⁦⁦@ryanwhitney6⁩ great clip of darby talking about how cocky the Canucks got when they went up 3–1 on the wild in 03 western conference semis. pic.twitter.com/nJ1GIq33cT

If you’re over that loss, you’re doing your Canucks fandom a disservice.

2. The Wild are an old, boring hockey team

Just like they were in 2003 when they beat the Canucks, the Wild are still a team that relies on structure, grinding, checking, and tight defence.

If you’re a fan of fun hockey, the Wild are probably the last team you want to see in the playoffs, followed by the New York Islanders and the Columbus Blue Jackets.

The Wild are also an older hockey team that lacks star power, and for some reason, that has Minnesota fans and analysts rattled.

Canucks fans, feel encouraged to remind the Wild faithful that context is key.

3. Their “experience” is a pompous and overrated

Canuck players who have played in the playoffs: 15

I guarantee you that those same Wild fans crying foul that Minnesota is old are also the same ones who believe that the Wild’s experience will help them during the play-in.

Look, there are a number of Wild players who have had their chances at Stanley Cup glory. Their time is done. It’s time for them to get out of the mushy middle and enter the Alexis Lafreniere sweepstakes.

Of all 16 teams eligible for him, they’re likely one of the most deserving. Hey, you can hate them when they play the Canucks AND cheer for them to land the number one pick.

That right there is balance.

4. We have the better ex-Ranger. Suck on that Minny

Who is looking forward to the Wild vs Canucks series? #NYR pic.twitter.com/5gUnexqyFc

While there aren’t any players of note on the Canucks who played for the Wild (sorry, Tyler Graovac), the two teams do have former teammates on either side.

Former New York Ranger J.T. Miller was acquired by the Canucks during the 2019 NHL Draft, just days before the Wild signed another former Ranger, Mats Zuccarello, during free agency on July 1.

Were the Wild just lazily copying the Canucks by snagging former players from the Big Apple?

Okay, I know that wasn’t the case, but Canucks fans should take solace in the fact that we ended up with the better of the two players. Suck on that, Minny.

5. The analytics guys have a love affair with the Wild

Why would you say something so controversial yet so brave

For years now, the Wild have been analytic darlings, mainly because of their ability to limit shots and scoring chances.

That love affair between the analytic experts and the Wild has continued with multiple experts saying that the Wild will upset the Canucks during the play-in.

Okay, we get it in Vancouver that the Wild are the better defensive team, but the fact that Minnesota continues to be favoured by the analytic experts in hockey is frankly annoying.

It’s another reason why you should hate the Wild and their stifling, yawn-inducing style of play. Cheer for the Canucks, of course, but cheer for exciting hockey so that the brutal style of hockey that Minnesota embodies can be phased out of the league.

6. Marcus Foligno is an on-ice dirtbag

You’ve probably heard that, despite their lack of top-end talent, the Wild are a deep team that can roll four forward lines.

That includes Marcus Foligno, the man they call “Moose” because of his wonky skating stride.

Foligno takes the cake for being the most notable on-ice dirtbag for Minnesota. You might remember him for needlessly starting a fight with Zack MacEwen earlier this season.

However, there are a couple of other moments that don’t paint Foligno in a favourable light. Back in 2014, Foglino took eight left jabs to the face from Washington Capitals forward Tom Wilson, then celebrated like he won the fight.

More recently in 2018, he took out Tyler Myers, then with the Winnipeg Jets, on a weird, dirty, lazy play that kept the 6-foot-8 defenceman down on the ice for a considerable amount of time.

If you’re looking for a Wild player to hate in the series, go with the goon they call “Moose,” which also happens to be Mark Messier’s nickname…

7. They stand in the way of postseason Pettersson and Hughes

For me, this is the number one reason why you should hate the Wild and their mediocre, boring hockey team.

Elias Pettersson and Quinn Hughes are two of the most dynamic and exciting players in hockey. They also play for a team that’s been outside of the playoff picture longer than all but two teams in hockey.

Pettersson and Hughes are driven, dynamic, and they play for a fan base that deserves to see playoff hockey for the first time in five years.

There isn’t a Canucks fan who isn’t looking forward to seeing those two tear it up in the playoffs. Now, all that stands between them and the postseason, are those irrelevant Minnesota Wild.