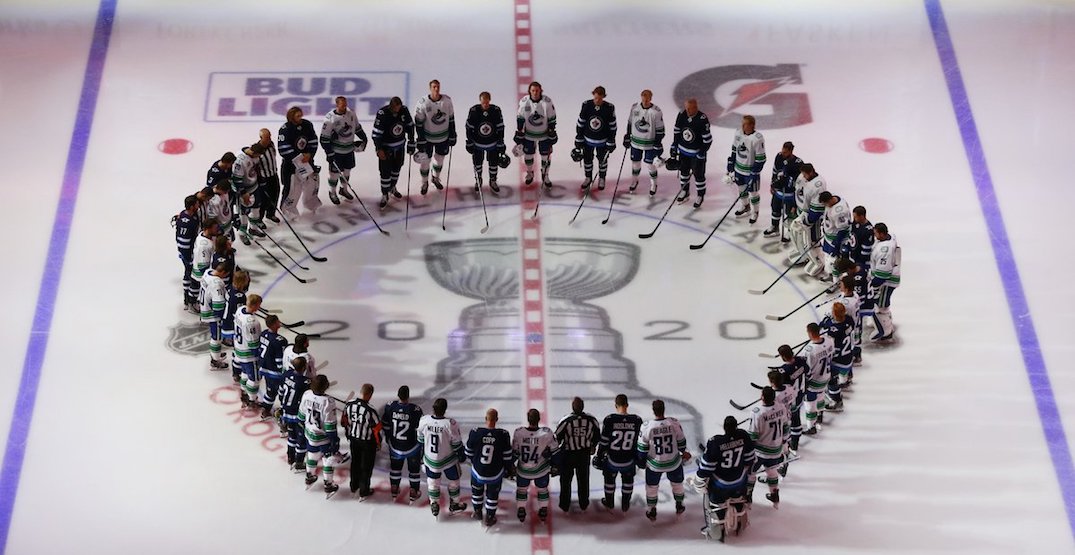 Instead of standing on opposing blue lines, the Vancouver Canucks and Winnipeg Jets stood together prior to tonight’s exhibition game in Edmonton.

It was a show of solidarity in support of frontline workers, and against acts of racism and acts of hate, and lasted for the duration of the playing of O Canada.

Ahead of tonight's game the #Canucks and @NHLJets joined together to stand in solidarity. pic.twitter.com/5Iq2YYgmkx

The 24 participating NHL teams are playing one game each this week, in advance of the Stanley Cup Qualifiers beginning this weekend. Teams from around the league are doing similar things to show their support.

United in our support of the Black Community. #BlackLivesMatter pic.twitter.com/gVFqILzeEo

The Canucks begin their best-of-five postseason series against the Minnesota Wild on Sunday at 7:30 pm PT.