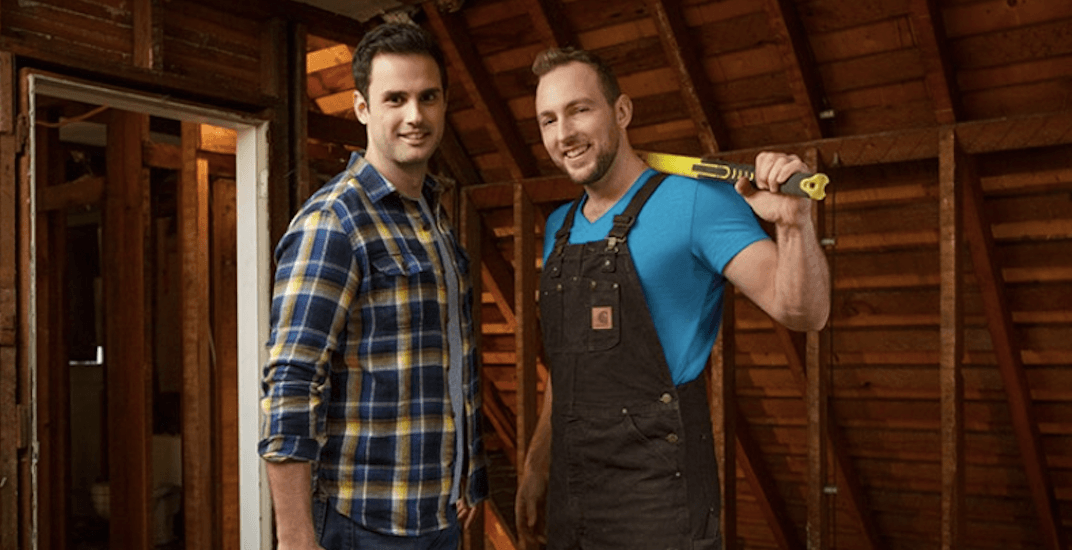 “My dad had a [construction] company for 30 years and got me into it at a very young age,” he said.

His friend,  Sebastian Sevallo, started doing carpentry work in 2006 and “never looked back.”

Now, just over a decade later, Sevallo and Fabiano are the hosts of the Vancouver-filmed HGTV reality TV show, Worst to First.

The duo spoke about the show, their history, and the business of reality TV during a recent sit-down interview with Daily Hive.

“We basically take the worst house on the block and make it the first house,” said Sevallo of the show’s concept.

“So say your ideal neighbourhood is Kitsilano, we’re going to find you a house that you can afford, get you in it, and then make it your dream home.”

Work on the show’s first season began in late September of 2016 and filming wrapped up this summer, in what Fabbiano called “an amazing experience.”

The show itself, he added, came to fruition as the result of a “happy coincidence.”

“They [HGTV] were searching and we just kind of connected the dots,” explained Sevallo.

“It was meeting people and talking to people and being in the right place at the right time,” added Fabbiano.

The show didn’t happen overnight, though.

“The process of the shows development took about two years,” said Fabbiano. “Meetings and talks about really trying to get the show down, what it would be about and if it would work for both of us.”

“Tons and tons of things”

While it may seem to viewers of reality TV that these types of shows just happen on the fly, Sevallo said there’s “tons and tons” of factors that go into each episode.

And while they do have fun on the set, the duo are also keenly aware that they’re always under the gun.

Each episode is equivalent to about six to eight weeks of production time, said Sevallo.

That time period includes all the factors that go into making the episode, from filming to the construction itself. 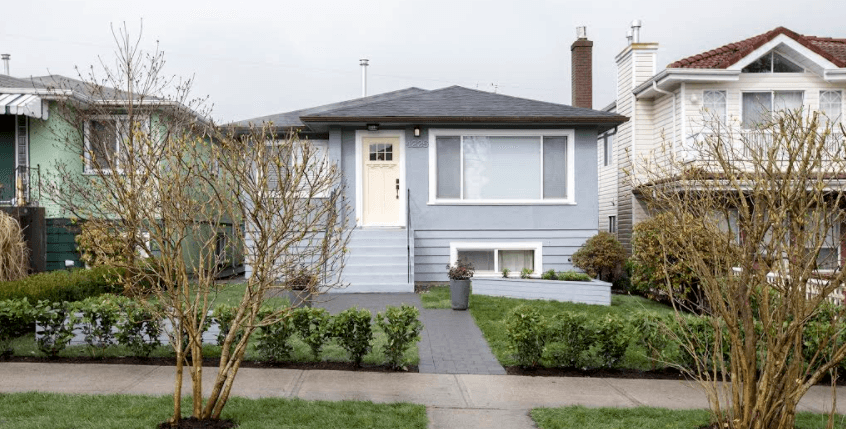 One of the houses form the show(Contributed)

When it comes to creating the show’s overall finished product, “we’re not just worrying about the construction timeline, we have to think about all the timelines on the production end; we have to show a story essentially, but also while dealing with real contractors, real issues, and other factors that come up.”

This task is made a little easier though, he said, because “we have good people in place to help us navigate that.”

Beyond just production and construction schedules, there are other challenges at play as well, said Fabbiano.

“Staying healthy is one because if we have to take a day off that just compounds so much,” he explained.

And while construction can still happen in this scenario, “it needs to be filmed and if we’re not there to film, they don’t want construction, so everything down just gets stopped, which can equal tens of thousands of dollars in delays.”

“Everyone has a story”

While there’s no shortage of reality TV shows on seemingly every subject under the sun these days, Fabbiano said that it’s important for those who work in the field and host (or want to host) their own show to remember that “everyone has a story,” and not to overlook the particular audience you want your show to appeal to.

“How is your product or show going to make their life better?” he said. “Tell your story and people relate.”

And while Sevallo enjoys what he does, he noted that with so many shows available to such a vast and varied audience, hosting a reality TV show and making it stand out among others can be “an uphill battle.”

Factors that contribute to a successful series can come down to something as simple as finding the right properties to do and give your show “that flavour,” he said.

And while it might go without saying, it’s also important to “have a show that is watchable, to have a good relationship with your co-host –  like Mickey and I have.”

So with one season under their belts, what do the duo see moving forward?

“We’d like to see the show go on and become more of a household name,” said Sevallo.

“The fun part, said Fabbiano, “is that we really get to be ourselves.”

Worst to First airs Mondays at 10 pm on HGTV.