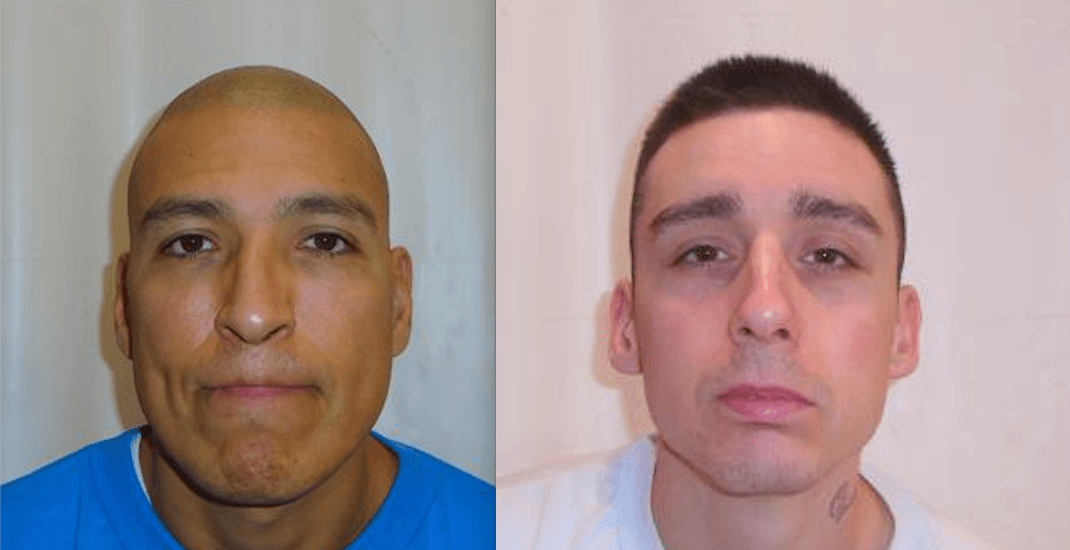 Police are searching for two inmates who went missing from a minimum security prison on Vancouver Island.

According to Correctional Service Canada (CSC), Zachary Armitage and James Lee Busch were not accounted for during a count at the William Head Institution on July 7.

Armitage is currently serving a sentence of over 13 years for robbery, aggravated assault, and other offences.

Inmates James Busch and Zachary Armitage have escaped from William Head Institution. We are working with police to locate the inmates as quickly as possible. pic.twitter.com/OeqLHn5z1s

Busch is serving an interminate sentence for second-degree murder and assault. He has previously served sentences for aggravated sexual assault, escape lawful custody, and other offences.

He is 42-years-old, 5’9″ in height, and weighs 179 lbs. He has a medium complexion, brown eyes, and a shaved head. He has a skull tattoo on his left forearm.

CSC has contacted the West Shore detachment of the RCMP and a warrant for their rest has been issued.

Anyone who has information on the whereabouts of James Lee Busch or Zachary Armitage is asked to contact the police immediately.