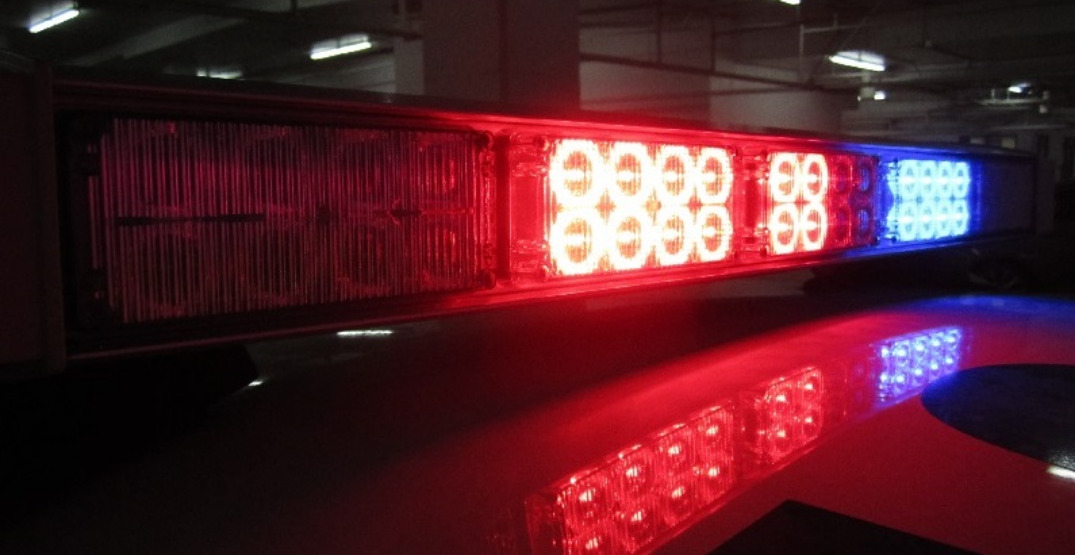 Coquitlam RCMP are warning motorists to be vigilant after a Dodge Caravan that had flashing red and blue lights attached to it allegedly conducted a traffic stop on Highyway 1.

The suspect pulled the victim’s vehicle over and demanded his driver’s license, a second piece of ID and then his entire wallet. He proceeded to remove all the cash inside the victim’s wallet, before throwing it on the ground, deactivating his red and blue flashing lights, and driving away.

The victim believed the suspect’s car was an unmarked police vehicle.

RCMP have released a description of the suspect:

“Investigators have learned that the motorist was travelling eastbound on Highway 1 when the suspect vehicle, an older model black Dodge Caravan, pulled in behind him then activated set of red and blue lights. The suspect driver did not wear anything that resembled a police uniform, he did not have a badge, did not wear a duty belt and did not carry a firearm or gun holster,” said Coquitlam RCMP Corporal Paige Kuz in a statement.

Coquitlam RCMP have also released some tips to people who believe they are being stopped by a non-legitimate police vehicle. Their first recommendation is to slow down, drive in a safer manner to the nearest well-lit, populated area. If that’s not possible, they suggest the following:

Investigators are hoping the public may have dash cam footage of the non-legitimate traffic stop which was in the area of Highway 1 between the Brunette Avenue and United Boulevard exits on December 14 or 15. You can contact Coquitlam RCMP at 604-945-1550, quoting file number 2021-34469.