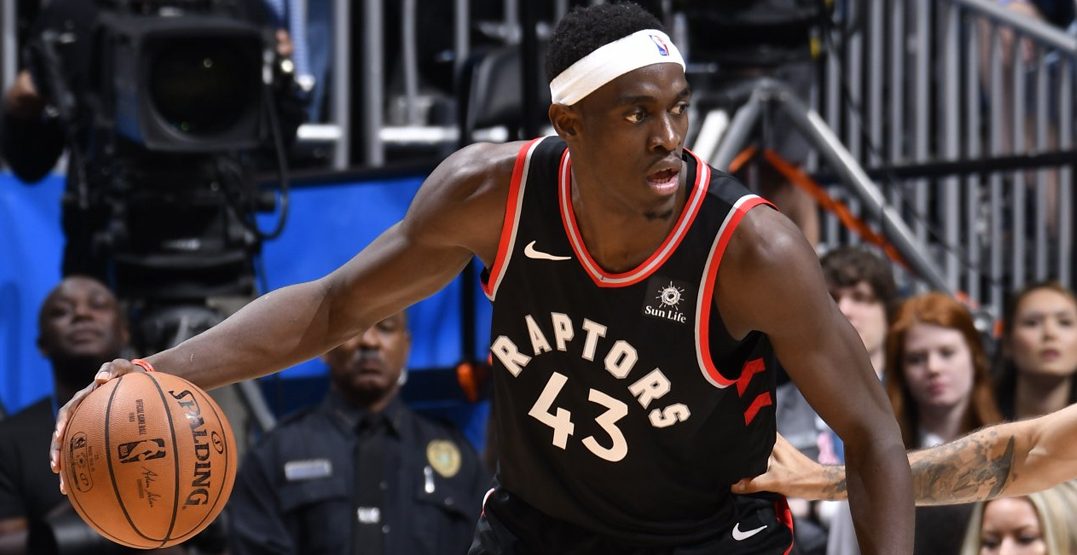 Raptors fans everywhere just let out a sigh of relief.

Former Raptors guard Terrence Ross made it interesting, but the Raptors were able to hang on for a 98-93 victory over the Orlando Magic in Game 3.

The game seemed all but over midway through the fourth as the Raptors sat out in front by double digits, but the Magic, led by Ross, came storming back and pulled within three points in the final minute.

Coast to Coast for the Human Torch 🌎 pic.twitter.com/15rQXBZoXu

The pivotal moment to lock up the win came when Kyle Lowry hustled to get an offensive rebound when the game sat at 96-93. The Raptors never looked back from there.

It was Pascal Siakam who led the way for the Raptors with 30 points, 11 rebounds and 4 assists. As his nickname suggests, Siakam was all kinds of spicy the entire night.

Kawhi Leonard and Kyle Lowry also tallied double-doubles in the victory. Leonard finished with 19 points and 10 rebounds while Lowry had 12 points and 10 assists. All the concerns that surrounded Lowry after his zero-point performance in Game 1 have disappeared and it was evident tonight that he has the offence running smoothly.

For the basketball purist out there pic.twitter.com/BMP8B01dFh

On the other side of the ball, Ross finished with 24 and All-Star Nikola Vucevic had his first big game of the series with 22 points and 14 rebounds.

One of the more impressive plays of the night came at the hands of Ross, when he forced a turnover and hit a buzzer beater from half-court to end of the second quarter.

Despite Ross’s best efforts against his old team, it is the Raptors who now hold a 2-1 series lead.

Overall, Good Friday was a good day in Toronto as almost simultaneously, the Maple Leafs defeated the Bruins to grab a 3-2 series lead.

The Raptors will now turn their attention to Game 4, which will tip off on Sunday.