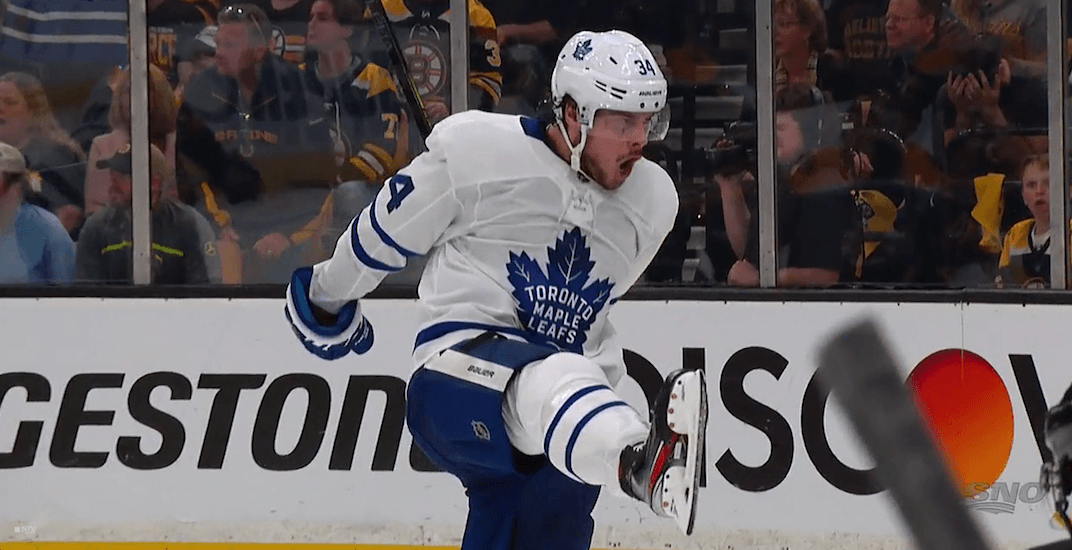 When the games mean the most, it’s often the best players that step up as the difference-makers.

That was true in the Maple Leafs’ 2-1 win against the Bruins in Game 5 on Friday, where Auston Matthews had possibly the best playoff game of his career and got rewarded late in the game with the opening goal.

While Game 4 saw 10 goals scored, Friday’s game was a defensive battle. It remained scoreless until 8:33 in the third when Matthews scored on a one-timer set up beautifully by Jake Muzzin.

It was a great heads-up play by Matthews, analyzing the situation and drifting into the open space before wiring the biggest goal of his career past Tuukka Rask.

The Bruins challenged for goaltender interference on Zach Hyman, and though it looked like there was some contact on Rask, the goal stood and the Leafs were up 1-0.

The Bruins pushed back trying to tie the game up, but the Leafs went on the counter-attack and another pretty passing play gave Kasperi Kapanen the insurance goal for Toronto.

No stopping for the @MapleLeafs. #StanleyCup

The Bruins made things interesting with a goal in the final minute, but Frederik Andersen and the Leafs held on to win 2-1 and take a pivotal 3-2 lead in the series going back to Toronto.

With his fourth goal, Matthews trails only Mark Stone in goals in these playoffs. His linemate Kapanen, after going pointless in the first four games, had a goal and assist in Game 5.

The Leafs will have a chance to win their first playoff series since the lockout on Sunday at the Air Canada Centre (3 pm ET on CBC/Sportsnet).