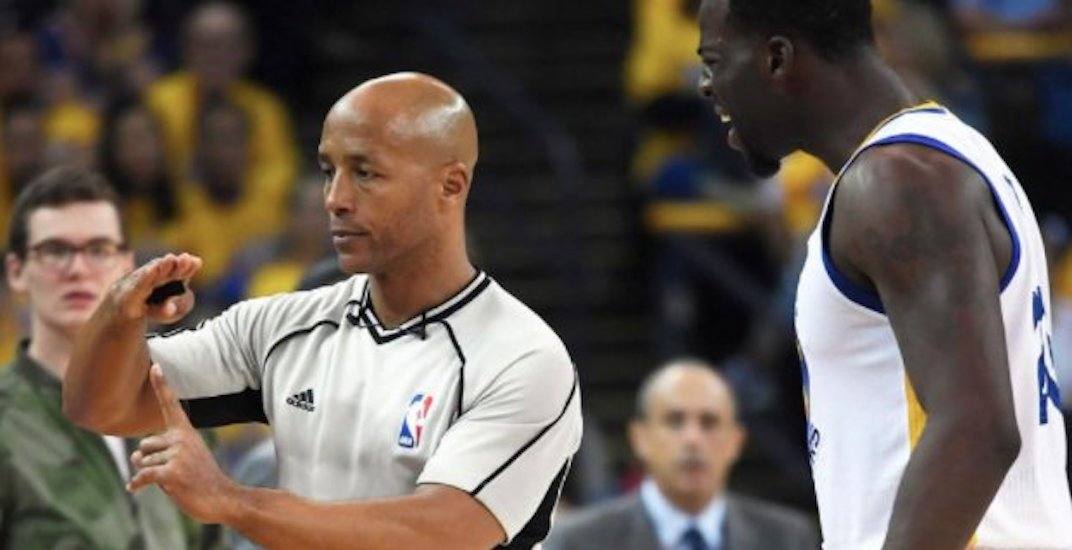 If you believe that certain referees suit some teams more than others, there’s reason to be ecstatic about tonight’s officials if you’re a Toronto Raptors fan.

Marc Davis, David Guthrie, and John Goble are scheduled to referee Game 6 of the NBA Finals at Oracle Arena, and let’s just say that suits the Raptors just fine.

According to NBA Ref Stats, the Raptors are 9-0 when Davis referees their games, which includes three playoff wins. Meanwhile, the Golden State Warriors are 3-5 this season when Davis refs.

The most recent game that Davis reffed was Game 3 in Oakland – which the Raptors won 123-109.

Refereeing could have dire consequences for the Warriors tonight, and not just because they’re on the brink of elimination.

Drake’s reaction to Draymond getting a technical foul 😩 pic.twitter.com/Q7ill9jdLO

After picking up his sixth technical foul of the playoffs in Game 5, Warriors’ star Draymond Green is one technical away from an automatic suspension, which would keep him out of a potential Game 7.