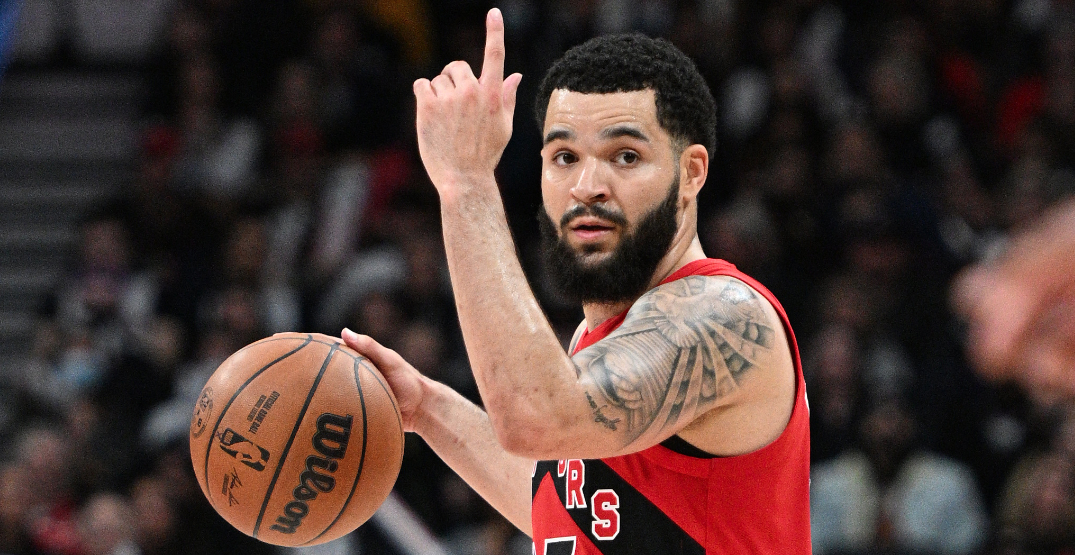 Fred VanVleet is in jeopardy of missing Game 6 of the Toronto Raptors playoff series against the Philadelphia 76ers on Thursday because of a left hip strain.

He is listed as doubtful to play.

Fred VanVleet is doubtful for the #Raptors tomorrow.

VanVleet, who averaged 20.3 points, 6.7 assists, and 4.4 rebounds this season and represented the Raptors in the NBA All-Star Game, was injured in the first half of Game 4, ripping his jersey as he exited. He played just over 14 minutes, netting five points, two assists, and three steals. He missed Game 5.

He said the injury wasn’t “too major” on Monday and would be treated day by day.

The Raptors won nine of 13 games in the regular season with VanVleet out with a bruised knee.

Toronto forced game six after winning two straight while facing elimination; the 76ers won the first three games of the series. No team in NBA history has rallied from a 3-0 deficit, though several have managed to come back when trailing 3-1.