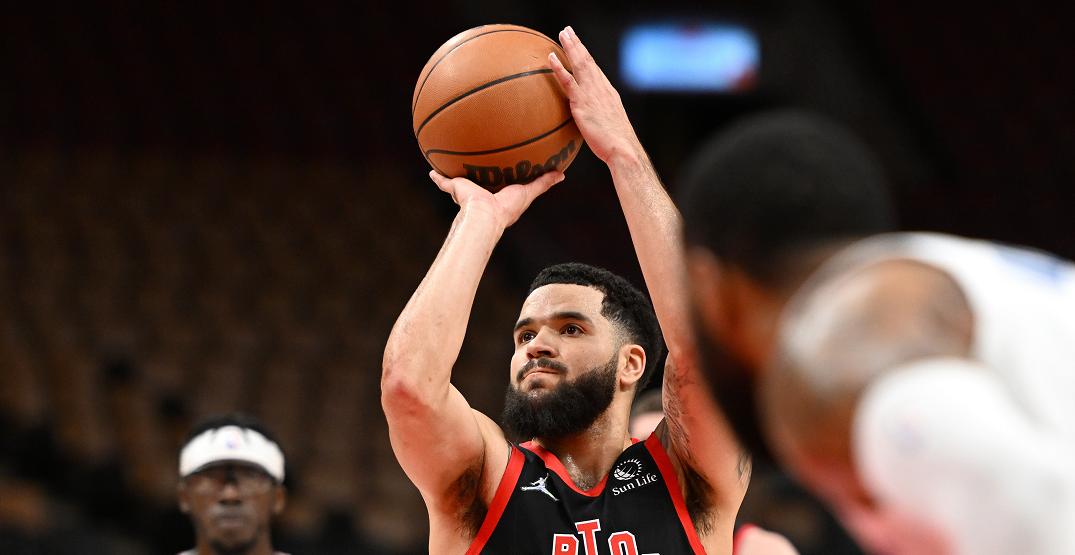 Fred VanVleet is unavailable to play in tonight’s game five matchup between the Toronto Raptors and the Philadelphia 76ers after suffering an injury on Saturday.

The latest update came at Monday morning’s shootaround via the Raptors and TSN reporter Josh Lewenberg.

VanVleet left Saturday’s game in the second quarter with a left hip flexor injury, causing him to miss the entirety of the second half. He ripped his jersey while exiting the court in frustration before locker room tests officially ruled him out.

Toronto did pull off the win without their starting point guard, coming away with a 110-102 victory to get the series back to 3-1.

VanVleet then was involved in a post-game clap-off with 76ers star Joel Embiid, sarcastically cheering up his opponent while Embiid was on his way to the visiting locker room.

VanVleet added today that he’s unsure if he’d be able to play in a potential Game 6 on Thursday in Toronto, but said the injury wasn’t “too major” and would be treated day by day.

Fortunately MRI on VanVleet’s left hip didn’t reveal anything “too major”, he said. They’re going to take it day by day in terms of treatment. He didn’t rule out the possibility of playing later in the series, if it’s extended, but didn’t sound optimistic.

It’s been a trying half-season for VanVleet since earning his first All-Star game nomination earlier this year. Since late February, VanVleet has dealt with a lingering knee issue, though Raptors coach Nick Nurse has said that his latest injury is “new.”

VanVleet has averaged 13.8 points, 6.3 assists and 3.0 rebounds in four games so far, playing 35 minutes per game.