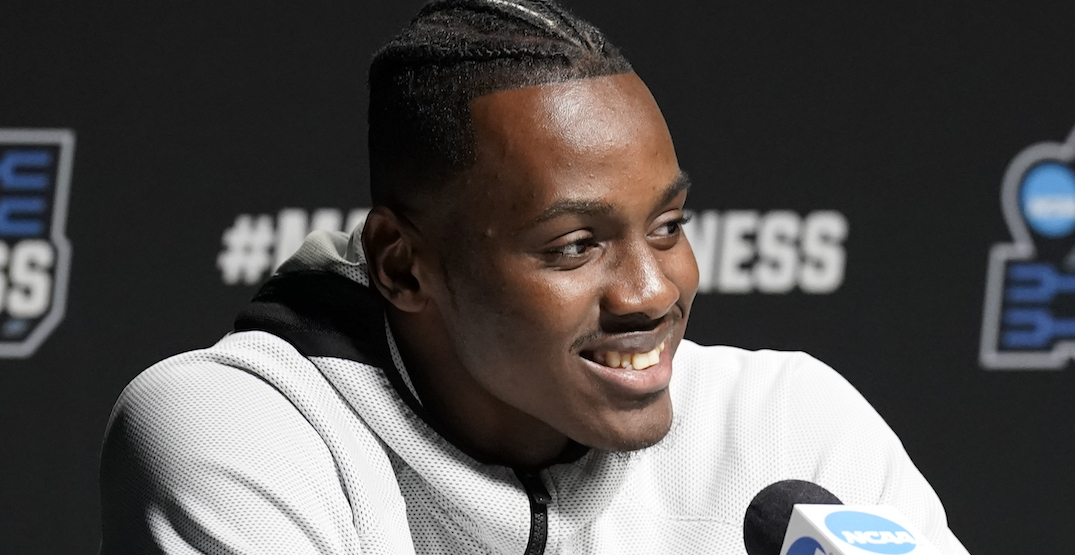 The Toronto Raptors made just one pick at the 2022 NBA Draft, but they certainly landed an interesting prospect in Christian Koloko.

1. He’s from the same hometown as Pascal Siakam

Both Koloko and Raptors power forward are from Douala, the largest city in Cameroon with a population of nearly 4 million. The two, however, weren’t close friends when Toronto added Koloko with the No. 33 pick in the draft. That will likely change.

“He said he’s excited about me coming to Toronto,” Koloko said. “You know, I think he’s gonna help me a lot to have somebody who was from the same city as me, maybe not the same journey as me, but kind of a similar path to me, and just helping me through the rookie process and I think it’s gonna be really big for me, and I think it’s really going to help me.”

“He means everything,” Koloko said. “He means everything. You know, he’s the first person from Douala to go to the NBA to get to that level, and he’s an NBA champ. He’s an NBA All-Star.  He just means a lot, just showing people, certain people like me, that anything is possible.”

2. Soccer was his main sport until he was 17

Koloko didn’t grow up on the court. Instead, he spent his time on the pitch. The sometimes-striker, often-keeper spent most of his time on grass on account of his neighbourhood lacking a basketball court.

“I played soccer my whole life,” he admitted. “I was 17. Soccer is the biggest sport, like basketball is not big at all. So the first time I went to play on a basketball court, I really liked the sport, but you know, just coming from Cameroon, people don’t really care about basketball.”

“I was just like, ‘Man, I’m just going to stick with basketball because I feel like I can be pretty good at the sport,'” he said. “I just embraced the challenge and just start working on my game, and here I am today.”

3. He’s been on Masai’s radar for five years

Raptors president Masai Ujiri has known about Koloko for quite some time. In 2017, Koloko participated in Basketball Without Borders, a development and community outreach program that unites young basketball players in different markets around the world. Ujiri has served as director of the program.

Here's Koloko talking about the first time he met Masai Ujiri at a Basketball without Borders camp in 2017:

"The last time I saw him, he told me how proud he is to see my improvement year-to-year." https://t.co/94kxGLNIaL pic.twitter.com/Ul8RSXY9KM

“I mean, I knew if I was if I slid into the second round, Toronto would be a good fit for me for sure,” Koloko said. “They’ve been following me for a long time now since 2017 in Basketball Without Borders, and you know, every time I see Masai, you know we have a great connection, and you know, so I was really happy when I heard my name on the scrollbar.”

4. Koloko has only seen snow once

Koloko’s biggest adjustment to the NBA might come off the court. The newest member of the Raptors doesn’t have a lot of experience when it comes to flurries.

“I’ve seen snow probably once in my whole lifetime,” he said. “That’s what we got in my first purchase. When I get my first cheque, it’s going to be buying a bigger jacket.”

5. His favourite player growing up was Kevin Durant

Koloko’s favourite player growing up was Kevin Durant. The current Brooklyn Nets star and longtime Oklahoma City Thunder standout is the reason he wears jersey No. 35, after all. Durant has averaged 27.2 points and 7.1 rebounds per game throughout his 939-game NBA career that started as the No. 2 pick of the Seattle SuperSonics in 2007.

Some more context on newest #Raptors pick Christian Koloko and why he likes Kevin Durant: https://t.co/5xytziiIWe

“My favourite player growing up was always Kevin Durant,” Koloko detailed as a freshman with Arizona over two years ago.

“My idol was always Kevin Durant. He was skinny like me, body type. For his size, he played like a guard at 6’11”, 7′. So it was pretty impressive. That’s why.”