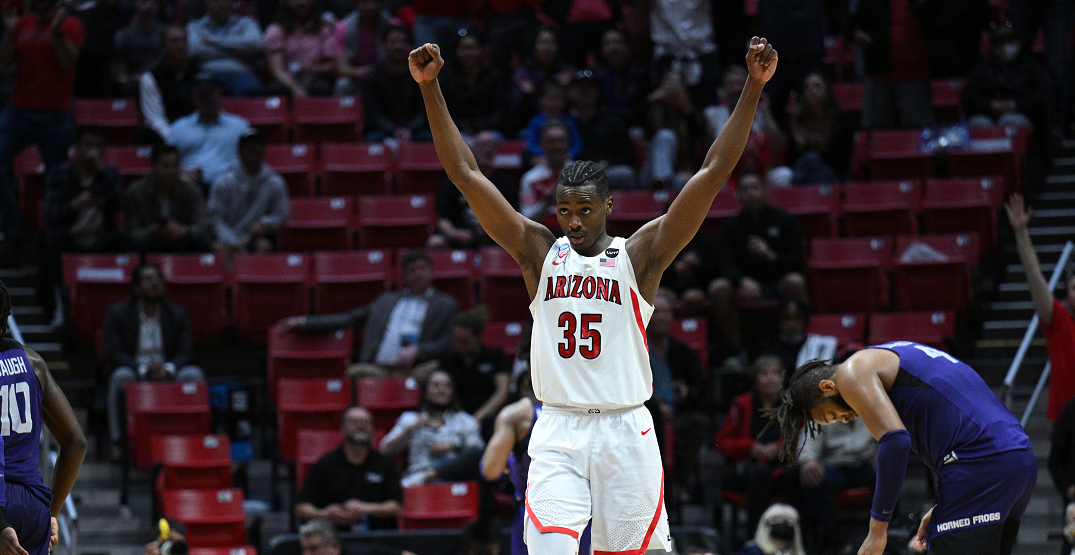 The Toronto Raptors have officially made their selection in the 2022 National Basketball Association Draft at 33rd overall.

With their only pick in the 2022 draft, the Raptors have selected Arizona’s Christian Koloko with the third pick of the second round.

Koloko, a 7’1 centre from the Arizona Wildcats hails from Douala, Cameroon, the same hometown as Pascal Siakam.

The Raptors found themselves in trade rumours for all sorts of players, including a rumour with OG Anunoby going to Portland in exchange for the seventh overall pick.

But evidently, Anunoby remained with the Raptors while hanging out around the team’s draft facility at OVO Athletic Centre. Scottie Barnes was also in attendance.

Trading up for the Raptors didn’t feel like much of a real possibility on the night, with Raptors president Masai Ujiri joking to the media they weren’t picking until 11 pm, some three hours after the draft started.

Scottie Barnes is also here. Masai Ujiri showed up to tell the #Raptors media they showed up too early.
“We’re not drafting until 11 (pm)”. Take that as you will for any trading up.

The draft also had an interesting angle for fans north of the border.

A pair of Canadians were drafted in the top 10 of the NBA draft for the first time since Andrew Wiggins and Nik Stauskas were taken in 2014, with Bennedict Mathurin going to Indiana at sixth overall and Shaedon Sharpe going to Portland at seventh, the pick rumoured for Anunoby.