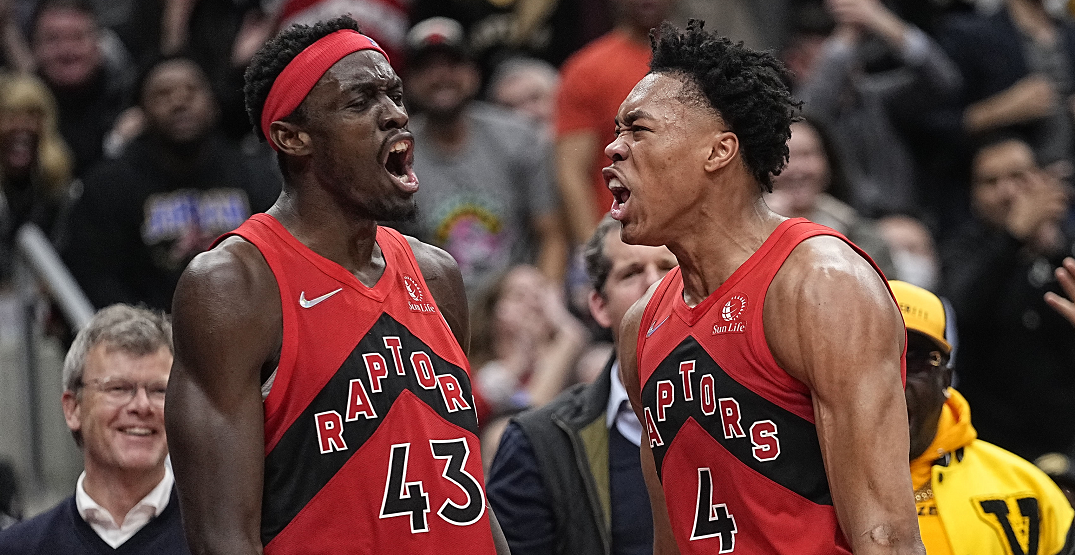 Toronto Raptors head coach Nick Nurse doesn’t seem to be buying into the rumours about his core players.

Over the last few weeks, small OG Anunoby was circling through the rumour machine.

Bleacher Report’s Jake Fischer wrote in an article on May 31 that “word has circulated among rival front offices that Anunoby grew dissatisfied at times with his role in Toronto.”

But on draft day, Anunoby was in attendance at the Raptors’ OVO Athletic Centre facility, as were his teammates Scottie Barnes and Pascal Siakam. Despite a rumour that he could be headed to Portland for their seventh overall pick, nothing came to fruition.

“There’s a pretty good closeness with this group,” Nurse said on draft night about his players. “They’re proud to be Raptors, they love the organization. They love to be here and and I think it’s cool that they’re here and poking their heads and wondering who’s gonna be joining them.”

Asked Nick Nurse why it was important for Scottie Barnes, OG Anunoby and Pascal Siakam to be at the team facility on draft day:“There’s a pretty good closeness with this group…. They’re proud to be #Raptors, they love the organization.” pic.twitter.com/a2RU7GLPer

Nurse added the trio was out playing one-on-one and running a series of drills against each other, prior to the Raptors taking Arizona centre Christian Koloko with their lone pick at 33rd overall.

For Siakam, the pick likely holds a bit of a special value, with Koloko hailing from his home town of Douala, Cameroon. The pair actually first met in 2017 at a Basketball Without Borders event.

Specifically asked about Anunoby, Nurse was full of praise.

“I think more than anything he wants to get out there and play, be available more games and I think that his production and his promise and his continued development of getting better and better hinges on that,” Nurse said.

Anunoby averaged 17.1 points, 5.5 rebounds, and 2.6 assists in 48 games this season, dealing with a number of injuries that kept him out of Toronto’s lineup for much of the year.

“I really like him. I think he is a tremendous person and a great two-way player,” Nurse added about Anunoby. “He had a little bit of a rocky road last year obviously with the injuries. I think more than anything, he just wants to be out there.”

For now, it’s onto the rest of the offseason for the Raptors, starting off with NBA Summer League, which kicks off for Toronto this year on July 9.