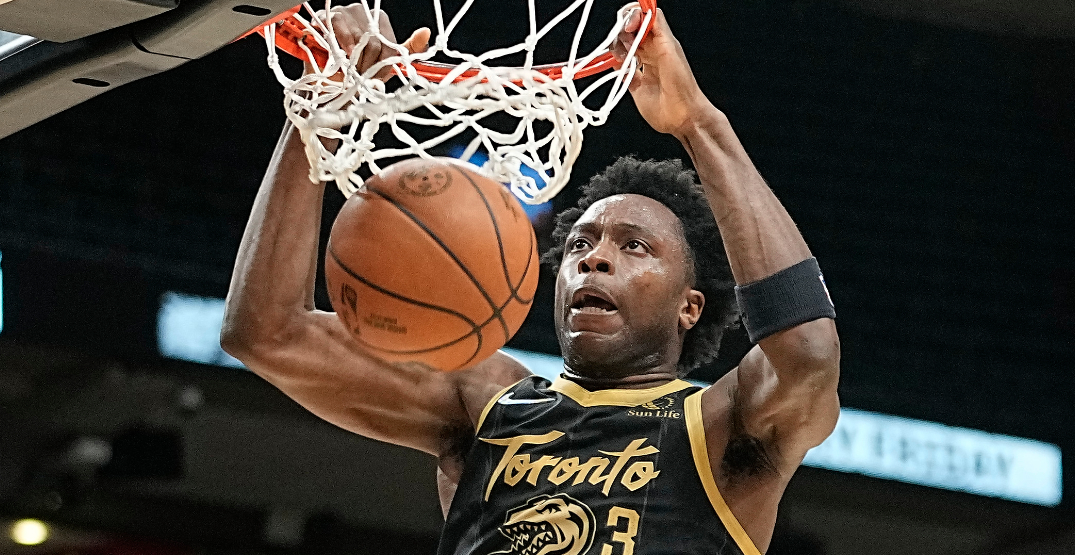 The Toronto Raptors are in trade discussions that could send OG Anunoby to the Indiana Pacers, according to a report.

The Raptors are rumoured to be in “trade discussions” for Myles Turner, in exchange for Anunoby, Evan Massey of NBAAnalysis.net tweeted Friday.

Per source to @HoopAnalysisNet, the #Pacers and #Raptors have had trade discussions for Myles Turner with OG Anunoby being a name mentioned as a potential return.

The No. 11 pick in the 2015 draft, Myles Turner has 13.0 points per game with 7.1 rebounds and 1.1 assists. Turner would fill a need, as the Raptors have been lacking in big men since Serge Ibaka and Marc Gasol left as free agents in 2020.

The Raptors don’t have a regular in the lineup taller than 6-foot-9. Turner, a 25-year-old centre from Bedford, Texas, stands at 6-foot-11.

Toronto is 20-18 this season, eighth in the Eastern Conference, and have won six of the past seven games.

The NBA trade deadline is February 10.