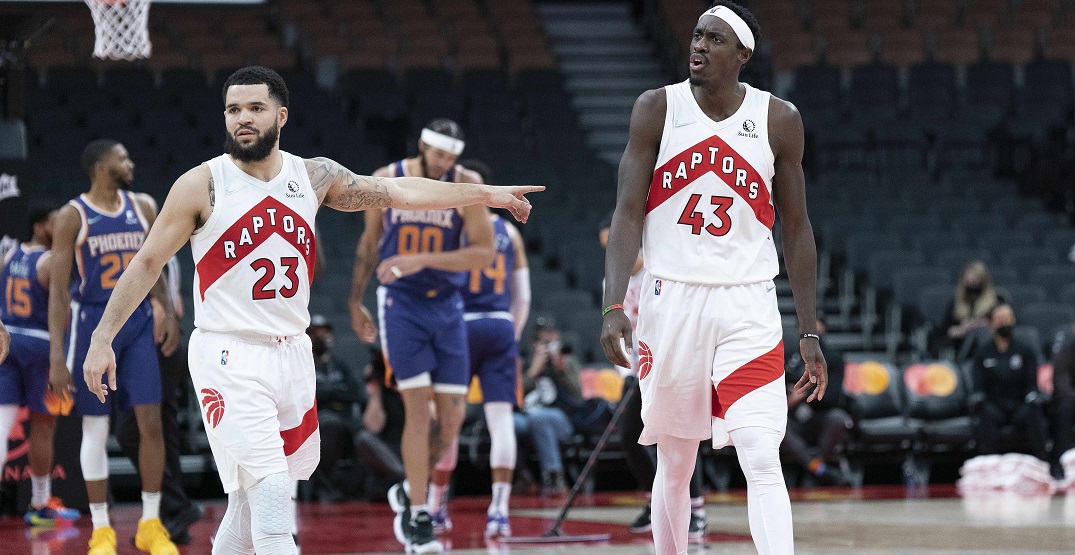 Two Toronto Raptors are making their push for the NBA All-Star game.

Just 12 players from each conference make the All-Star game. Siakam made his first all-star game back in 2020, while VanVleet is aiming for his inaugural appearance.

In the first go-around of All-Star voting results, Siakam was left off the top 10 forwards, while VanVleet sat 10th amongst guards.

While NBA All-Star voting is inherently subjective (and influenced by player popularity), a couple of curious cases sit above VanVleet, specifically.

Brooklyn’s Kyrie Irving finds himself in sixth on the list, despite having played just three games this season following a lengthy absence based on his unvaccinated status.

Meanwhile, Derrick Rose has started just four games for the New York Knicks this year, but the former MVP remains one of the NBA’s more popular players.

Fans will account for 50% of the final vote. The other 50% is made up of a media panel and current players, with each side accounting for 25% of the vote.

Voting is open until January 22, and can be done via NBA.com, the NBA app, or on Twitter by using a player’s first and last name after a hashtag (e.g., #PascalSiakam) along with #NBAAllStar. More information on voting is available here.