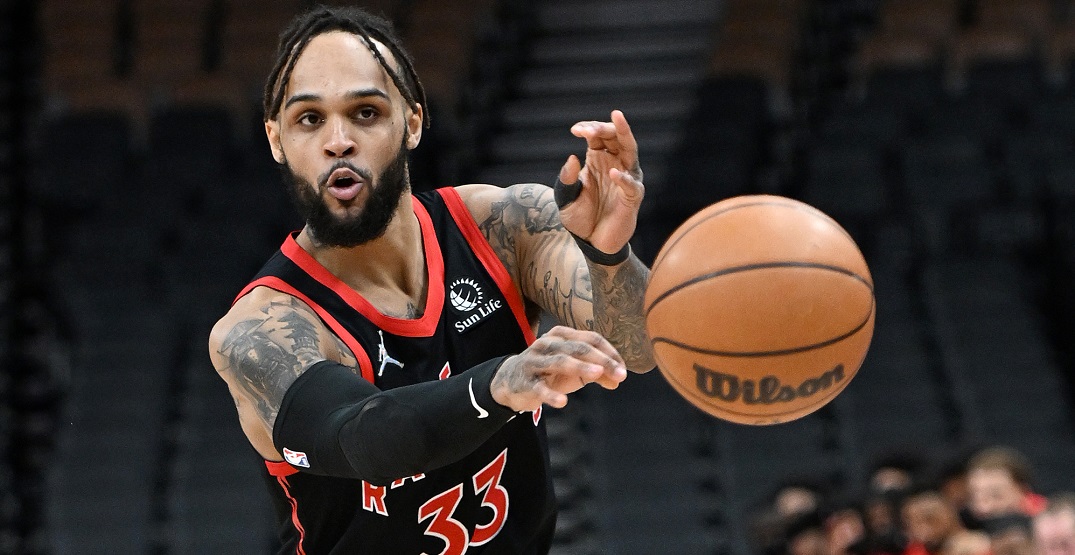 The Toronto Raptors have some big decisions looming with the NBA trade deadline officially four weeks away.

The Raptors sit eighth in the Eastern Conference with a 20-18 record, two games back of a coveted sixth-place position that would help them avoid the play-in round.

With a 7-3 record — including a six-game win-streak — over their last ten games, the Raptors are showing promise of a team that’s becoming easy to believe in as a playoff contender.

After managing injuries and COVID-19 cases throughout the roster, the Raptors look to be rounding into some sort of consistent form.

For some teams in the 7-10 range in their respective conferences, the decision should be easy to be actively adding players at the February 10 trade deadline.

Unless they’re ready for a complete teardown, a team like the 21-21 Los Angeles Lakers have to go all-in — it’s just what you do when you have a 37-year-old LeBron James on your roster.

And while a team with LeBron is always expected to be adding pieces to the mix, it doesn’t necessarily mean other teams are lining up to hand their players over.

Raptors guard Gary Trent Jr.’s name was floated as someone the Lakers were interested in, per HoopsHype’s Michael Scotto.

The rush to trade Trent Jr. to the Lakers or anywhere is decisively low for the Raptors — he’s had a career year, is signed for the next three seasons, and is turning just 23 next week.

For a team like Toronto, the decision is less clear about their own trade deadline strategy in a tight Eastern Conference where the difference between fifth and 11th place is just three games.

But there’s enough reason to believe that the Raptors will — or should — be buyers in the coming weeks.

“The sense that I get from talking to people around the league and even some people around the team is that the Raptors are absolutely planning on operating as a buyer at the trade deadline this season,” TSN’s Josh Lewenberg said in a radio appearance on TSN 1050 today. “They’re looking to add, rather than subtract, it’s just a question as always of what is out there.”

While four weeks might not seem like that long, the Raptors still have 15 games before the trade deadline to see where their roster is at.

“I think we’re still a couple of weeks away [from a potential Raptors trade],” Lewenberg added. “It’s more an evaluation period.”

If the Raptors have any hope of competing in the playoffs, they’ll need a substantial increase in depth scoring to help shore up their rotation.

Unless there’s a great, perfect deal out there, don’t expect any of Toronto’s big names to be on the move. But venturing further down the roster, making space for a new rotation player leaves over half their roster as possible candidates to be moved.

Of course, they’ve still got the $19.4 million cap hit of Goran Dragic, who’s been away from the team for personal reasons from late November.

Toronto’s 2022 first-round draft pick could also be in play. For a team that’s still in the midst of a retooling phase, parting ways with a draft pick might not seem like the wisest move.

But the Raptors need to look no further than the struggles of 2020 first-rounder Malachi Flynn to see that the draft is never a guarantee.

Flynn could still manage to be a key piece for the Raptors in the future, though nothing from his performances this season suggests that’s the case right now, as he’s yet to find a consistent presence in Nick Nurse’s rotation.

And history suggests that if the Raptors continue to climb up the standings, the Eastern Conference might be wide open enough for them to go on another surprise playoff run if everything comes together. Each of the past two Eastern Conference Finals featured a fifth seed (Miami in 2020, Atlanta in 2021).

The Raptors might not be making a blockbuster deal anytime soon. But if they keep themselves in the mix for the playoffs while their bench scoring woes continue, it’s hard to imagine general manager Bobby Webster and president Masai Ujiri standing pat over the next month.