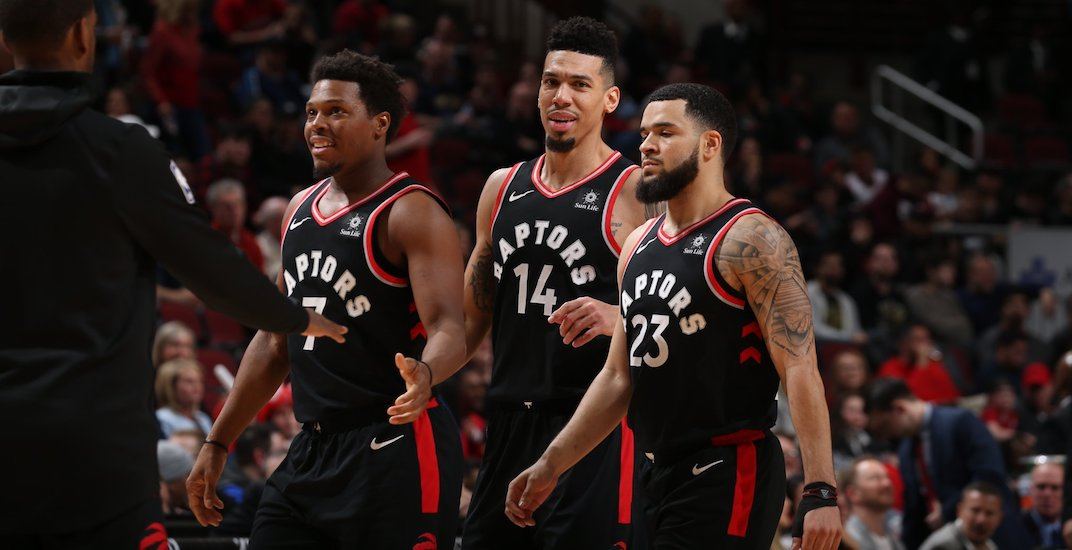 It came down the final game of the NBA regular season but the Toronto Raptors finally know who their opponent will be in the first round of the playoffs.

With home court advantage, the Raptors will welcome the Orlando Magic to Jurassic Park. While it doesn’t look like the most appealing series to watch on the surface, when you take a deeper look at both teams there are a lot of interesting elements to this matchup.

These teams split the season series 2-2, with the Raptors winning their two games by an average score of 12 points, while the Magic won theirs by an average of 22 points.

With Game 1 tipping off on Saturday, here are seven things to expect in the Raptors’ first round matchup against the Magic.

1. Game 1 will be nerve-racking

For reasons only known to the Basketball Gods, the Toronto Raptors have historically struggled in series-opening playoff games.

While the team broke that streak last year in the first round against the Washington Wizards, there’s still unease among fans about how the team comes out the gate to start a series.

2. Jurassic Park will be rocking

If there’s one thing the Raptors have established over the past couple of seasons, it’s that they are hard to beat at home.

Raptors fans have created a reputation as having one of the top home crowds in the NBA, especially in the playoffs where they’ve garnered the respect from NBA figures like LeBron James.

With all the hype and expectations of this season expect Jurassic Park to be louder than ever inside and outside of Scotiabank Arena as they do their part to help the Raptors win the series.

They might even take over a game in Orlando as Raptors fans have been known to travel in large numbers.

If Raptors fans had any reservations about  the team acquiring Kawhi Leonard in the off-season, they should be put to rest as we head into the playoffs.

In his first year in Toronto, Leonard is arguably having his best-ever season, averaging career highs in points (26.6) and rebounds (7.3), along with 3.3 assists per game.

What’s exciting for Raptors fans is that they will finally get to see Leonard switch into playoff mode. Before his injury last season, Leonard had his best playoff run of his career numbers-wise, averaging 27.7 points, 7.8 rebounds, 4.6 assists, and 1.7 steals per game in 12 games with the Spurs during the 2016-17 season.

One particular stat for Raptors fans to pay attention to is that Leonard led the league this season in game-tying or go-ahead shots in the final minute of games.

All the “load management” this season has brought Leonard back to his old self, and if that’s any indication of what’s to come, the Raptors are going to be tough to beat.

4. Live and die by the three-ball

In today’s NBA, the key to success is the ability to effectively shoot the ball from beyond the arc.

Over the years, the Raptors have gone through a many three point shooters with mixed results in the playoffs, but now it seems like they finally put the right pieces together.

Danny Green led all Raptors this season with a career-high 45.5% from the three-point line this season, which was the second highest in the NBA. In only one season with the Raptors, Green has made a strong case of being one of, if not the best, three-point shooters in team history.

Orlando’s 8th-ranked defense is legit. Their length, particularly at the forward positions, has been a problem for the Raps. Toronto was held under 100 points 9 times this season, 3 of those came vs ORL. Siakam shot 34% vs the Magic, 56% vs rest of the NBA.

Against a Magic team that ranked eighth in the league in defensive rating this season, making threes will be critical for the Raptors if they want to end the series as quickly as possible.

5. Watch out for the refs

Now I know that every fanbase hates the refs and always thinks that they’re out to get them, but for the Raptors there are some grievances to be had with the NBA’s officials.

Last season, FiveThirtyEight took an in-depth look at the “accuracy of calls and non-calls made by officials at the end of close games.” The Raptors ranked eighth in the NBA in total bad calls and bad non-calls made against them in the last two minutes of a game when the score was within three points.

This season the foul troubles seem to be less of an issue for the Raptors as the team averages 21 personal fouls per game, 14th most in the league. But when it comes to the playoffs anything can happen, including a referee who’s quick to blow the whistle.

Entering this series there is a lot to prove for both Raptors head coach Nick Nurse and Magic head coach Steve Clifford.

Both coaches are entering their first seasons leading their respective teams, and a first round victory would go a long way for establishing themselves firmly with their organizations.

For Nurse, he’s inherited a stacked roster that’s in a championship or bust mentality after spending years as an assistant coach to Dwane Casey. While he hasn’t had the luxury of a fully healthy lineup all season, it’ll be crucial for him to get the right matchups against Orlando and show Masai Ujiri that hiring him was the right decision.

For Clifford, just making it to the playoffs can be considered a successful first season after being fired from the Charlotte Hornetts at the end of last season. The Magic weren’t expected to make the playoffs this year, and under his leadership the Magic were able to finish first in the Southeast Division for the first time since 2010. An upset series victory against the Raptors would be a huge step for his team’s development going forward.

In the final game of the season former Raptor Terrence Ross scored 35 points to lead the Magic to a 122-114 victory against the Charlotte Hornets.

During the post game interviews Ross explained that he was excited to face his old team in the first round. In Orlando’s two victories against Toronto, Ross scored 28 points and 14 points respectively off the bench.