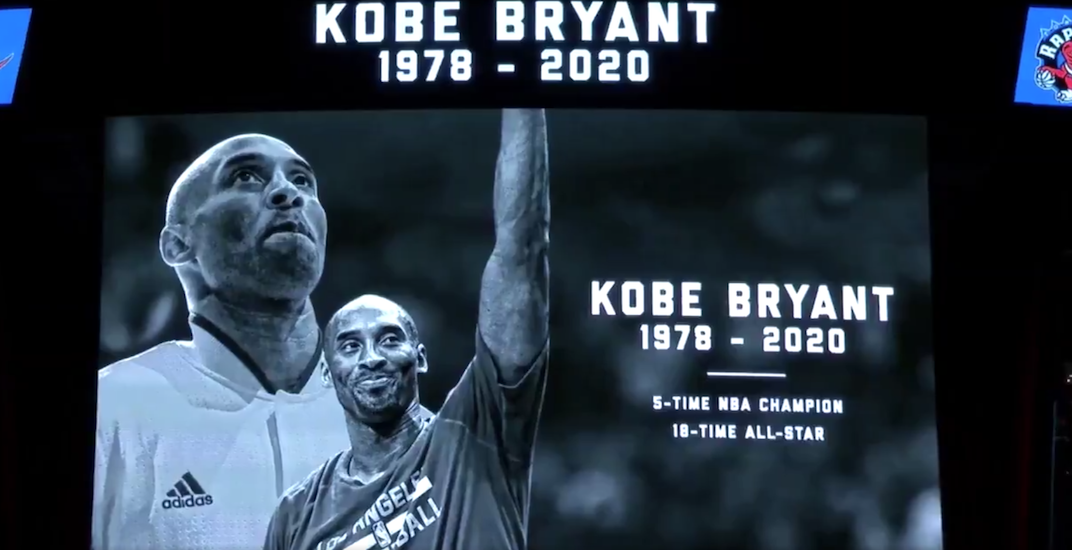 The Toronto Raptors honoured Kobe Bryant prior to tonight’s game against the Atlanta Hawks — the first game at Scotiabank Arena since the tragic death of the basketball legend.

A touching video tribute played on the big screen and was followed by a 24-second moment of silence.

Norman Powell, who wears #24 on his jersey because of Kobe, arrived to the arena in appropriate attire:

Meanwhile, some players wrote messages for Kobe on their basketball shoes.

Even the Raptors mascot got involved, wearing a #24 Bryant Lakers jersey.

The Raptor is in a Kobe jersey 😭 pic.twitter.com/koZmacmiB9

A video tribute and then 24-second moment of silence for Kobe Bryant prior to tonight's game between the Hawks and Raptors in Toronto. pic.twitter.com/VW2V1bGeMN