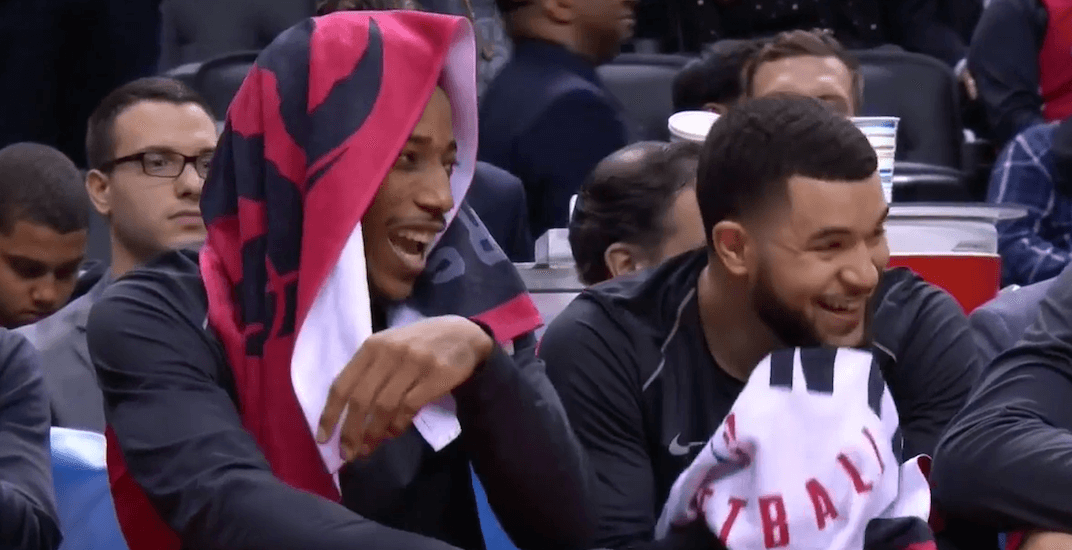 The Toronto Raptors dominated the Cleveland Cavaliers on Thursday.

On their one and only nationally-televised game in the US on TNT, the Raptors made a big impression with a statement game.

Toronto scored 133 points in tonight's victory – the most scored in a non-overtime game in franchise history. Fred VanVleet led the Raptors with a career-high 22 points. #WeTheNorth

The Raptors won easily, embarrassing the Cavs by a score of 133-99, setting a franchise-record for total points scored in a non-overtime game.

Fred VanVleet led the bench group that surged the massive 11-0 run in the second quarter. He scored a career-high 22 points on 73% shooting, and six made three-pointers.

The bench was the story of game, especially with the Cavaliers’ game plan early on to trap DeMar DeRozan to get the ball out of his hands. However, he made the right plays to get his teammates going, assisting on eight baskets.

What was even more impressive about the Raptors’ performance was how they managed to embarrass a Cavaliers team without their all-star point guard, Kyle Lowry (bruised tailbone) and their starting power forward, Serge Ibaka (suspension).

LeBron James was in an unfamiliar position Thursday, as the #Cavs loss to TOR tied for the 5th most lopsided loss that one of his teams has ever suffered (in a game he's played in) pic.twitter.com/qpdN4NIrVC

This was the fifth-most lopsided loss of LeBron James’ 15-year career. Not happy with his team’s performance, he was very animated during a first half time out.

If the Raptors were hoping to receive some recognition from their neighbours down south, this performance was a great way to do it.