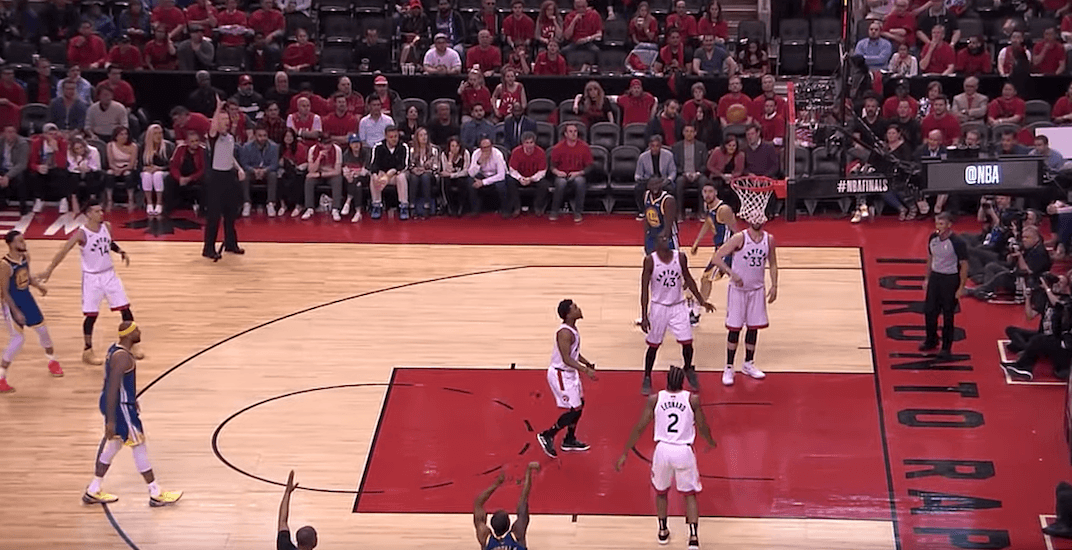 After losing Game 2 of the NBA Finals on home court, blame for the Toronto Raptors’ defeat is being extended to some of the fans in the stands.

Picking up from where they left off in Game 1, the Raptors looked strong in the first half, taking a 59-54 lead into the third quarter.

But that’s when things unraveled.

The Golden State Warriors went on a 18-0 run to start the second half, pulling into a lead they would not relinquish the rest of the way. The Raptors didn’t sink a bucket until Fred VanVleet hit a three-pointer with 6:20 left in the quarter.

You could hear a pin drop throughout the Warriors’ third quarter blitz, in part because many of the best seats at Scotiabank Arena were empty.

There’s absolutely no excuse for Raptor fans sitting in the platinum section to take FOREVER to get back to their seats after the half. This isn’t November. We’re trying to win an NBA championship here. Embarrassing.

Raptors fans getting back to their seats at halftime to find their team down 8.

Perhaps longer-than-usual lineups at concession stands and washrooms were the culprit, but the first half of the third quarter looked more like a regular season game in January than a pivotal NBA Finals game in June. 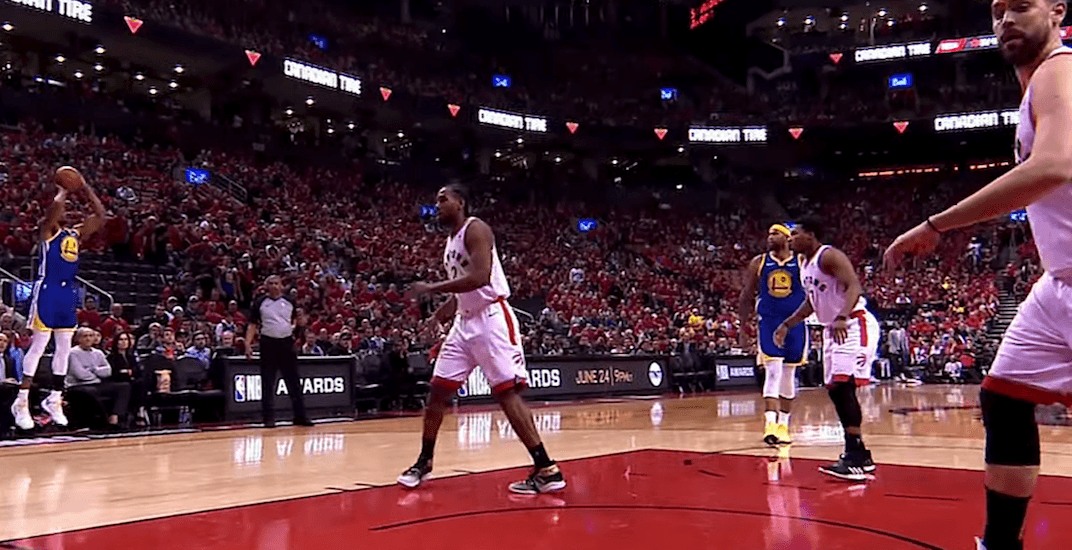 Even Drake was absent for nearly half a quarter, as you can see by his empty seat behind Raptors head coach Nick Nurse in the image below. 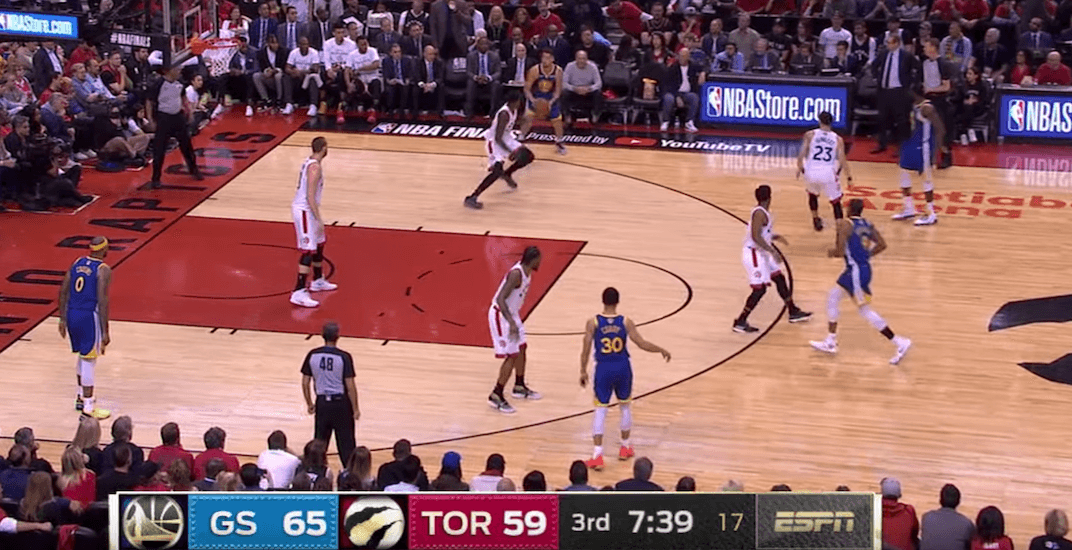 Fans and pundits both north and south of the border noticed, and handed out criticism to Raps fans who had been praised so much in recent days.

Jack Armstrong and @LeoRautins join #JayAndDan to discuss the Raptors coming out flat in the second half of Game 2. #NBAFinals pic.twitter.com/fKYJZWtjNC

“Well first of all, people gotta get in their seats,” said TSN’s Jack Armstrong following the game. “The place didn’t have great atmosphere to start the third quarter.”

This isn’t the first time Armstrong has shined a light on Raps fans, calling for Scotiabank Arena to open the gates earlier during the second-round series against the Philadelphia 76ers.

“Those first few minutes when the Toronto Raptors were victims of Golden State’s 18-0 run, half the damn fans in the arena were at the concession stands! That’s inexcusable,” said Smith.

Smith believes the lack of support can have an effect on the game, and straight up blames Raptors fans.

“You’re going up against a champion that’s seasoned,” he said. “They know the moment. You know their history. Golden State comes out like gangbusters. They come to take your heart out. The Toronto Raptors feed off of their rabbit, great great fans.”

“They took it for granted!”

“When we come back here for Game 5, every seat needs to be filled. The beginning of the game, halftime, everything.

While it’s not ideal having so many empty seats to start the second half, there is clearly a bit of scapegoating going on here.

Raptors fans were fired up on Sunday night, even belting out O Canada before the game. Fans tend to be quieter when their team is getting outplayed. It’s also not unusual to see empty seats at Scotiabank Arena to start a half – even in big games like Game 7 vs Philadelphia or Game 1 against the Warriors. And the Raptors won both those games.

We’ll see what Warriors fans offer up for Game 3 in Oakland on Wednesday.